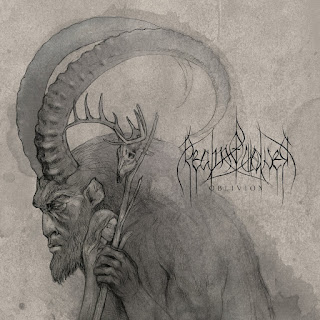 A nostalgic vibe to rumble your inner self.

Realm of Wolves is hailing from Hungary, the band plays an addictive and captivating Atmospheric Post Black metal that is very influenced by epic shoegazing sound while delivering a varied landscape of depressive melodies that are well intertwined with Post-rock elements which allows them to reach heavier moments. this three-member band comes with Ghöul and Stvannyr bassist and guitarist respectively from the Post-rock band Silent Island, with Vvildr multi-instrumentalist from the Post-Black metal solo project Vvilderness, but now taking duties as vocalist and drummer; The outcome of this mix is exquisite. 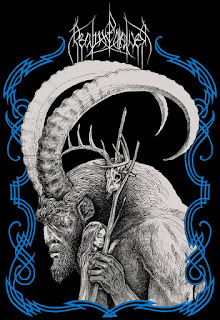 Realm of Wolves have entitled their debut album "Oblivion," which contains seven tracks barely reaching over forty minutes with some of the subtlest tones within the genre, but also adding the exact amount of intensity and strength to elevate each of the tracks to a level beyond expectations. The first track "Cascadia," starts with smooth guitar work that evolves immensely thanks to the proper wall of sound provided as a background, which battles in intensity just enough to engage full attention at first listening. It is followed by "Ignifier" with a bold guitar tone that tries to keep up the ambience from the beginning, while "Old Roots" shifts the gears into a more Black metal section with a solid blast beat before taking back their passive and melodious sound, "Translucent Stones" brings back that eerie feeling of perpetual loneliness that is very appreciated by some and ignored by others. "Twelve Miles to Live" at some point it reaches those prominent sounds that were well played by Agalloch or Wolves in Throne Room. "Into the Woods of Oblivion" is the longest track in this album over nine minutes, but still delivering with such passion and energy, the bass lines sound dense and pretentious, but unforgettable with a subtle interlude that prepares once again an energetic take off to nowhere, the last track in this album is "Northern Wind," besides the guitar work which is simple, but exceptional along the whole album, the bass lines adopt their own personality with a bolder and daring sound that lets your imagination play on its own.

As I stated previously, Realm of Wolves happens to be a brilliant fusion of talented people with a solid vision. It might not be something new, but it is a pretty good structure with their songwriting from beginning to end, the timing, the speed at the end everything here sounds simply great! A delightful independent debut album, I might be late with this review and others, but I'm trying to give credit to whoever deserves it.