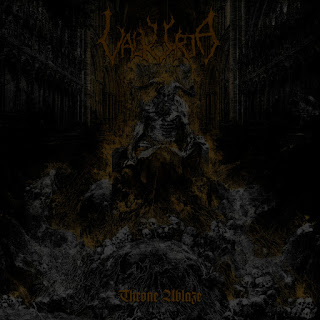 The year 2018 left us with great works of musical art, and many great records were unjustly ignored, mainly because of the over-saturation of bands, but believe me, if we search a little bit closer, we will find albums that clearly stand out from the competition, probably because they are innovative or simply because they stick to their tried-and-tested formula, perfecting their craft to achieve outstanding results.

Such is the case with Valkyrja and their 2018 opus, “Throne Ablaze”, a fantastic Black Metal record that I overlooked but after a friend shared their music with yours truly, I became enamored with their potent and moody riffing style, which clearly evokes an amalgamation of emotions, without resorting to senseless blasting from track to track. 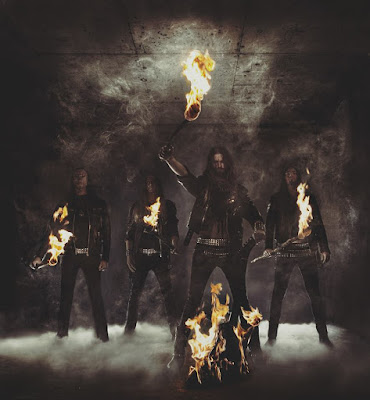 This is the type of Black Metal that emphasizes brooding and bleak atmospheres, accompanied by great riffs and drum work that does not exaggerate the use of blast-beats, but rather than that, the drum work has the aura and mood of almost a voodoo ritual, that is, hypnotic, pounding, almost ritual-like.

After the album begins with a somewhat strange intro made up of distorted guitars and effects, we are exposed to “Crowned Serpent”, a blistering assault of catchy riffs accentuated by magnificent drum work that combines blasting with great rolls and fills, adding a nice guitar solo to enhance the composition. This is a strong opener.
I need to point out that the vocals are clear and understandable, despite their raspy style, so not only the musical part is crafted in sensational fashion, but the voice also acts as an instrument that demands attention from the listeners.

The third track, “Opposer of light” is a great example of slow and heavy tempos, with occasional bursts of speed. Personally, I feel that the slower and doomier tempos are standouts on this record. It is as if they prevented this album from exhausting the listener from having to deal with so much brutality, and this reduction of speed just allows the musical hypnosis to do its task.

One of the tracks, “Transcendental Death”, is what I personally feel is the greatest manifestation of Valkryja’s musical essence. The reason why I greatly enjoy this track is the malevolent riffing at the early stages. It is very much in the vein of a ritual, as a diabolical chant transmitted through the guitars. This track does not shy away from its moments full of uncontrolled speed, but it goes back to its eerie beginning, with a great guitar solo paving the way.

The closer, which is the title track, is pure magnificence, with some operatic chants setting an abysmal mood, only for the guitars to start building up the aural assault at a slow pace. This track is absolutely phenomenal, due to its combination of slow, but heavy riffage and the atmospheric drum work, complementing each other to unleash an exquisite tidal wave of moody but aggressive Black Metal.

To sum it up, this record is fantastic. The combination of slow and heavy guitar work, with varied drumming, as well as a crystal-clear but aggressive vocal performance is top-notch. Lyrically, this album deals with occultism and things best not invoked, but I personally think that the aura of genuine and loyal devotion to real Black Metal is omnipresent. We are not dealing with clownish Black Metal, but music that speaks from the putrid heart, awesome album!