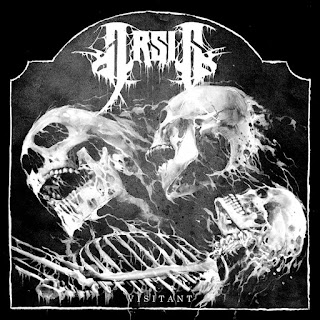 Arsis hailing from Virginia, United States is delivering their sixth full-length album titled "Visitant" with eleven tracks of unrelenting and uncompromised Technical Death Metal with a dash of melodies that sounds intoxicating, the debut album "A Celebration of Guilt" released back in 2004 was immense and bring the band to a level of exposure unexpected, so it was impossible to miss the opportunity to express my opinion about their newest release.

The current band members are James Malone in the guitars and vocals, Noah Martin in the bass, Brandon Ellis in the guitar and Shawn Priest behind the drums, the lineup has been steady since 2012, and they are responsible for the very divided reviews that arise their previous album titled "Unwelcome" released in 2013, so with this new album putting them to the test we will see a more mature and compact band in their sound, their album "Visitant" was produced by Arsis and Mark Lewis and was mixed and mastered at MRL Studios in Nashville, Tennessee. 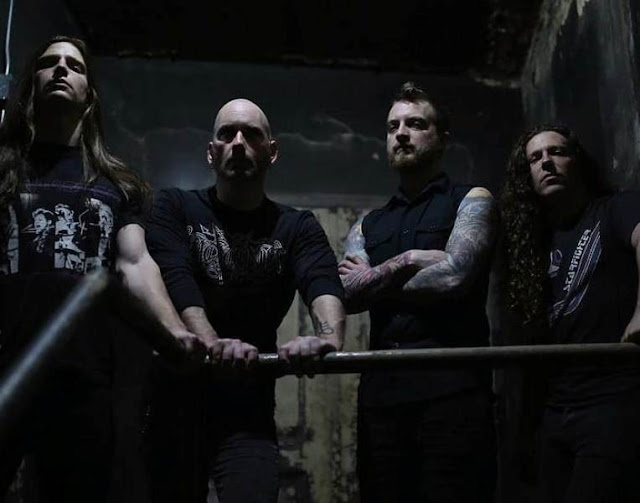 The albums open with "Tricking the Gods" welcome you with its hybrid sound of Technical Death metal and the melodies inflicted with a pretty well drum done, "Hells Sworn" carries with itself such energy with a catchy guitar riff, the guitar solo sounds frantic and leaves you wanting more, "Easy Prey" unwrap fast and aggressive leaves the listener with no choice but to join in an unstoppable headbang along the music and again successfully insert a memorable guitar solo, "Fathoms" is very dynamic the bass it rumbles fiercely and the guitars unceasingly permeated in melodies but refined fretwork, "As Deep as Your Flesh" and "A Pulse Keeping Time with the Dark" both are demented spells at mid-pace that allow you to catch your breath, "Funereal Might" kicks off with an energetic drum work followed with an intense and schizophrenic guitar riff, Arsis knows how to manage their delivery always keeping things interesting, "Death Vow" brings us a thrilling guitar work well intertwined alongside with the vibrant bass  lines, while the drums are beaten down mercilessly, "Dead is Better" start pounding from the beginning with such violence but is damned with insane melodies that doesn't let you go, followed by "Unto the Knife" sounds ominous with irreverent grooves and hilarious drums the vocals are the classic deep growl-screamed but mesmerizing at the right time, the last track "His Eyes" is a cover song from the Australian New Wave band called Pseudo Echo the song was released within their album debut "Autumnal Park" back in 1984, so far, in my opinion, Arsis performed a good cover track, not impressive but not forgettable.

At the end Arsis I truly believe they were able to pull out a more than decent technical and melodic death metal album, despite the long period out of the studios, allow me to rephrase as follow, technique and melody meet again to deliver such intensity, aggression and an album that redefine their career, catch them in their next tour wherever they go will be a great show.