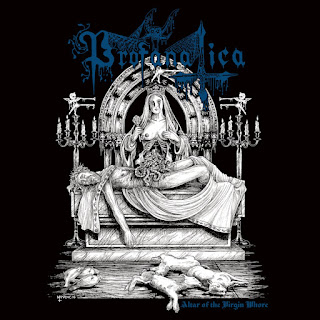 I still remember my first encounter with the mighty entity of Profanatica one of my friends come to me holding in hands their first EP entitled "Weeping in Heaven" and one of my favorite albums split of all time "Tormenting the Flesh" Profanatica / "Ola de Violencia" Masacre (Colombia) released in 1991 and 1992 respectively, since I heard them the first time I was attracted by their profane and singular sound, which at that time I could only compare it with the band Blasphemy from Canada.

The first line-up was formed by former Incantation members Paul Ledney behind the drums and vocals, Brett Makowski on guitars, Aragon Amori on bass who unfortunately passed away in 1996 due to health conditions and John Gelso on guitars who used to play with Paul in another band called Abomination from New York. Despite those brilliant releases, the band split around 1992 and I never again heard from them, but fifteen years later I find myself with a great surprise, in a local shop I found their first album  titled "Profanatitas Domonatia" and I ended up buying it immediately, without any second thoughts I just wanted to have it and when I listened to it, I felt that same rush in my blood like I felt fifteen years ago, I was blown away for the rawness and intensity caught, the malignancy and disobedience portrayed in almost forty minutes. 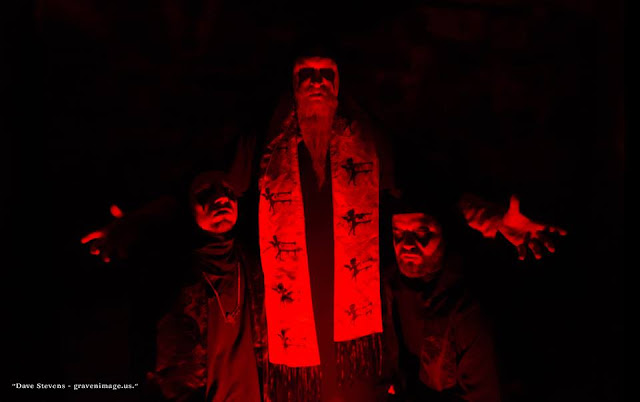 So far they have released four demo-tapes, four full-length albums, three splits albums, a pair of compilations and five EP including the one we are about to talk about today, "Altar of the Virgin Whore", this extended play includes eight tracks that last approximately twenty minutes some tracks are extremely short and that might be one of the unconformities here, the first track "Conceived With Sin" comes in such form with aggressive riff and strong blast beats it sounds darker and evil while the vocals are overwhelming malignant, "Prayer in Eclipse" sounds very hunting and demoniac getting things in shape for a total possession, then comes the self-titled track "Altar of the Virgin Whore" starts off with a deep cavernous voice shouting loud the title track making a stunning delivery with ferocious drums and corrosive guitar riff, "Crucifixion Wounds" is damned for the nauseating guitar distortion, while the bass sounds filthy and grim as hell creating a just good enough atmosphere for the raw vocals, "Thorn King" is substantially short but loaded in a stench of hate, "Sacred Code Broken" rapidly takes you to the most unpleasant places with cutting razor-sharp guitar riff, to crush your soul with no remorse or whatsoever, the vocals are impressive and furious keeping the pace as pummeling the drums, "Fuck the Messiah" does a really good job retaining your attention taking a different approach without any over structured songwriting rather going into a more simplistic but profane and belligerent, the closing track is the instrumental "He Has Risen" where you can see them taking a sinister and doomy path were the malignancy prevails and rotting whatever comes to it forever.

To conclude "Altar of the Virgin Whore" it happens to be a good album full of a menacing guitar riff, infernal blast beat everywhere, pure and unadulterated evil, the rawness is crushing and captivating at the same time; However, the downside of this recording comes to be the length, it is to short and few tracks, in my opinion, need more attention to fully achieve the impact they should have.