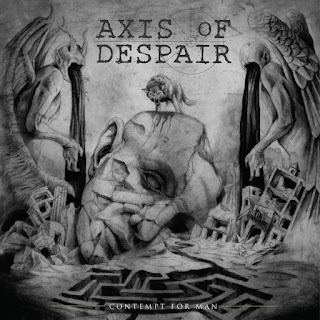 Axis of Despair is a relatively new Grindcore band in the scene, but their musicianship averages almost fifteen years, formed out of the ashes of bands like Death metal Coldworker and the extinct masters of Grindcore, Nasum among others, they know exactly what they are aiming for, here you will find out a pure and straight forward discharge of the most beautiful blend of Swedish Punk and Crust to deliver a gratifying Grindcore.

By the end of Autumn 2015 we got their first warning in the shape of an 7 inch EP entitled "Time and Again" released by the Polish label Selfmadegod Records containing six furious tracks clocking around nine and a half minutes and then again by mid of Autumn of 2016 almost a year later, their second 7 inch EP called "Mankind Crawls" released by American label Give Praise Records saw the street light and as you know already, they didn't missed their intentions, delivering a total hostility and warlike sound contained somehow in six tracks, timing once again the nine and a half minutes, is it coincidental or intentional? you will have to decide!


It took them practically two years to release their very awaited debut album "Contempt for Man", released by Southern Lord Recordings, enclosing twenty unrelenting, aggressive and fulminant tracks, "Contempt for Man" production sounds remarkable with their previous works, more clear and distinctive, but; don't take my words to excuse yourself and avoid listening to this album, because you will regret it later. The first track is "Värdelös" violent from the beginning is only the prelude for what’s coming the next thirty-two minutes, "The Wolven Law" by a second will catch you off guard to pummel your senses merciless, "Crush the Empire" is one of the two longest tracks on the album, the dynamic here changes for few minutes delivering a semi-slow pace track, inflicting some heavy grooves riff, that allows you to catch your breath, a memorable track, however; Axis of Despair quickly hooks you up again within the next track, "Pre-Emptive Nuclear Strike" filled with their characteristic raging speed, "Vile Behaviour" and "Defeat" won't let you get away both tracks sounds catchy and brutal at the same time, in the closing track "Flytande Död" you are tricked by twelve seconds with a semi-slow pace but suddenly shift gears into the only way they know, fast-paced and untamed, interesting is how they subtly alternate the speed along the track, a noteworthy ending.

Something to remark in "Contempt for Man", every part that comprises this album, is undoubtedly very well structured, the heavy bass lines by Oskar Pålsson are tremendous, the guitar work is exceptional by Kristofer Jankarls, while the driven force falls totally behind the drum set by Anders Jakobson and nobody can ignore the energy delivered in every bark-style vocals by Joel Fornbrant, Axis of Despair really deserve to be in your forthcoming Grindcore bands list to check, if your likes goes from Napalm Death, Nasum, Repulsion, Pig Destroyer or Brutal Truth, then you don't have any excuse to listen them. 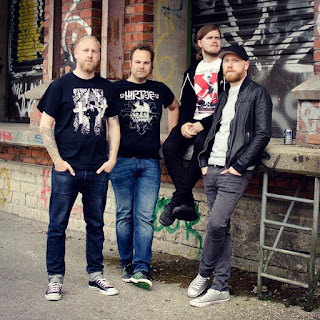 A demon that invokes the ancient Morbid Angel

Singapore is not a very big scene and not very well known yet, few bands have emerged from that scene gaining international acceptance to mention some of those bands that were born in the nineties are Impiety and Rudra, followed by brutal death metallers Flesh Disgorge at the beginning of the millennium and during the middle of that decade by black metallers Draconis Infernum, grindcore masters Wormrot and finally black death metallers Infernal Execrator, who are releasing their second full length record titled "Obsolete Ordinance" a demon that invokes the ancient Morbid Angel.

Infernal Execrator have been active for the last thirteen years releasing some recordings, a demo, two EP's, four split albums, a full-length album and a live album, quite a lot for a small scene and now with its second full-length album, Infernal Execrator comes to reclaim its place in the international scene, Infernal Execrator is formed by four individuals who have chosen pseudonyms to be identified, as bass player is Kommando Antichristo, as drummer is Christslaughter, as rhythm guitarists Halphas D. Nihilist and finally as lead guitarist and vocalist Lord Ashir, the style of the band falls completely in Black metal with Death tones accompanied by aggressive vocals addressing messages of anti-religion, hate and worship, so do not expect any kind of mercy from them.


"Obsolete Ordinance" opens with some kind of mystical, ritualistic and demonic intro, it possesses such huge aggressiveness from the beginning with "Infernal Execrator" (True Blasphemour Conqueror) which spits a sonic explosion without mercy, the vicious guitars burn out as the track reaches the end, the second track is "Incinerate Halakhah Theorem" it’s vertiginous, fast converging with the direct brutality that characterized the first wave of Black Metal in the early nineties, while "Scions of Irreverent Bloodshed" delivers a blasting drum work by Christslaughter, "Northern Superiority" it’s simply the result of the influence of bands, like Destruction, Venom with simple but brutal guitar riff, and here is where the best part comes, "Quintessence Of Timeless Void" that has a slower pace at moments shifting into madness of heaviness that drives you into hell between this track and "Supreme Barbarous Ordo" reminds me a lot of early Morbid Angel and that is quite enjoyable and will leave you speechless, "Obsolete Ordinance" is a track in the pure vein of Dark Funeral, frantic, fast and inherent for their own identity, the last track is "Absolute Celestial Condemnation" everything here sounds chaotic, the raspy evil vocals are out of this world; A perfect end for a journey into hell.

Infernal Execrator surpassed any expectations from even the most demanding and dedicated Black metal followers, hailing from Singapore they are here uncompromised just devoted to promoting and spread their anti-religious thoughts filled with hatred and evil, a band that cannot be ignored! 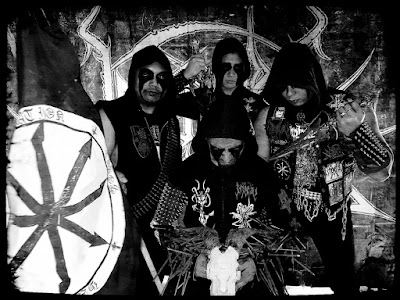