Psycroptic (2018) As The Kingdom Drowns 'Review' 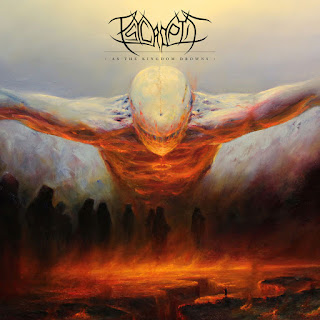 They have always sought to succeed with refined tech riffs or innovative and catchy riffs.

Twenty years ago, Psycroptic was born in West Hobart, Tasmania in Australia, Haley brothers were the ones who started giving shape to one of the most iconic Tech Death Metal bands originated there. Currently, the band is formed by guitarist Joe Haley, drummer David Haley, bassist Todd Stern, and vocalist Jason Peppiatt, "As the Kingdom Drowns" is the seventh album in their discography, it was recorded at AAA, Red Planet, and Crawlspace Studios, Produced and Engineered by Joe Haley, Mixed and Mastered by Will Putney, the album includes nine songs that we will go through little by little, I'm kind of skeptical but anxious at the same time because, since their second album "The Scepter of the Ancients" released back in 2003, I haven't heard anything solid like that.

Psycroptic likely and surely would be considered by many the most proficient band from Australia, undoubtedly, they are talented and skillful even with their ups and downs they have always sought to succeed with refined tech riffs or innovative and catchy riffs, offering a perpetual glimpse to their progress through the years. 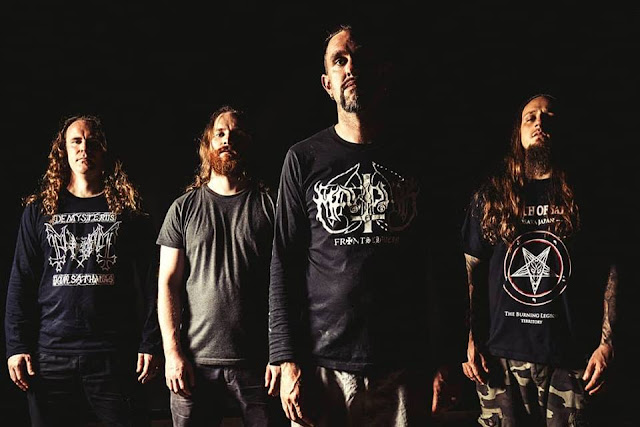 "As the Kingdom Drowns" opens with "We Were the Keepers" the assault begins with a straight punch of technical riff which soon melds with melodious prowess and vivid backing vocals by Amy Wiles she has been working with the power heavy metal band Taberah as a session keyboardist since 2011, it's followed by "Frozen Gaze" sounds defying with such powerful groove the tracks unfold aggressively while the drum work is exceptional taking the pace and the vocals are menacing, "Directive" is relentless with lots of riffs that build effectively a heavy ramp of sounds, the double bass drum is prominent, "Deadlands" burst with a rapid riff it becomes energetic and insane at the same time proving their quality at songwriting to be addictive, "As the Kingdom Drowns" takes off with a mysterious and quick intro to launch a non-stop and  schizophrenic attack showcasing their skillful on every instrument, the song is very memorable, due to the piano section added towards the end, "Beyond the Black" sounds harmonious and ferocious the guitar riff is ruthless as ever, "Upon These Stones" experiment with a delightful eerie start where melodies and mid-pace takes into a different but interesting approach, "Momentum of the Void" opts for a slower but heavy rhythm which is quite different than the rest of the others tracks in the album, the closing track is "You Belong Here, Below" absolutely sharp as a razor blade and incisive but short at the end.

I believe that Psycroptic have doubtlessly rerouted into another era and I am not talking about stepping back, of course, if we used as a parameter "The Scepter of the Ancients" to measure their latest work is just fine, but "As the Kingdom Drowns" stands by itself and do comparatives after this album would be insulting for their work.