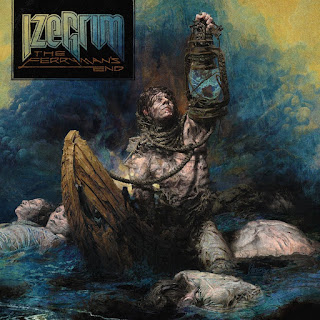 The Ferryman’s End becomes the best Izegrim effort to date

Dutch melodic death thrashers Izegrim are back with just under two and a half years of the release of their previous album "Congress of the Insane" which I believe it was the first conceptual album of the band, delving into evilness and falsehood of the human nature, now with twenty years in the scene they are offering us their fifth full length titled "The Ferryman's End" released once again through the French label Listenable Records, the album contains eleven tracks in the vein of bands like Kreator, Arch Enemy, At the Gates or their countrymen Legion of the Damned, "The Ferryman's End" keeps lyrically the same concept format approaching us to the death row, where an inmate is awaiting for his execution, every cut describes the complex stages into the criminal's mind before he got executed by the end of the album, no doubt a very interesting topic.

Izegrim current line-up has remained pretty stable during the last eight years, with founder and guitarist Jeroen Wechgelaer, the bassist and attractive vocalist Marloes Voskuil, guitarist Bart van Ginkel and drummer Ivo Maarhuis, I want to believe that due to this unity they were able to achieve a very outstanding songwriting and therefore "The Ferryman's End" becomes the best Izegrim effort to date.

"The Ferryman's End" from the beginning offers a crushing melodic death metal dose with "White Walls" built in heavy riffage and somber pace while the drums occasionally slip into a measurable blast beat, "Time to Run" starts with an unrestrained riffs, challenging drums comes in all directions and you feel surrounded by hell itself, Marloes delivers a rawer vocals that strike fear, "Endless Desire" slow paced its way, somewhat predictably when they shift pace, but never reach the ferocity of the previous tracks and sounds bland, "The Evil Within" it charges back with demolishing and fearless riffs, the bass lines sounds outstanding in the background, Marloes raspy vocals owns the track while in the interlude softly adds the whispers, it is followed by "Absolute Necessity" the drum pattern takes the lead due to the intricate, solid  and consistent drumming, the song counts with a brief yet melodic guitar solo, "Reclaim My Identity" is absolutely faultless with filthy riffs and darkly bass lines, open the window to throw some clean vocals by Marloes, "Insanity is Freedom" takes an approach into a blackened death sound, while "Reflection of Redemption" fluctuates between obscure and heavy passages, "Through a Glass Darkly" with a more varied structure, brings freshness and versatility with the vicious riffs involved, "Lost in Tranquility" it's the prelude of the story with some generic death metal riffs and blasting drums doesn't make an impact imminent, the last rack in the album is the self-titled "The Ferryman's End" unorthodox start with pummeling drums and sick riffs, as the track keeps going on, turns into a mid paced theme with a dense and brutal rhythmic section, ripping vocals that shatter into a delightful chaos, to end up with the protagonist execution.

"The Ferryman's End" clearly puts Izegrim as one of the bands that aging doesn't affect or soften their skills playing a persuasive death-thrash metal as always with extreme and relentless virtuosity and brutality, be sure to grab your copy and enjoy this album, you might regret if you don't. 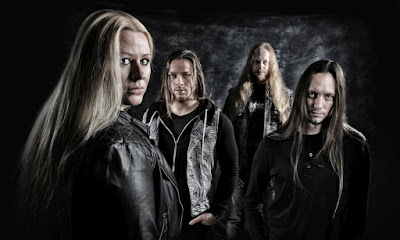 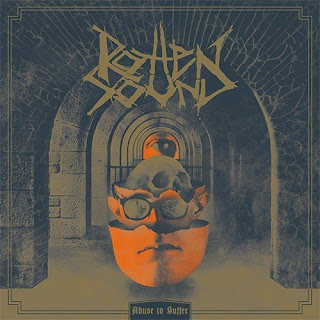 After twenty-three years in the scene Rotten Sound doesn't show any sign of weakness, not even because they always has been playing one of the most confined and limited genres in the underground scene, the grindcore for some, is an endless chaotic mass of riffs, murky bass tunes and battering drums and you know what? Unequivocally, I think that is the best definitions everybody can conclude, every twist and tweaks depend on each band's approach to keep fresh, corrosive and true to its roots.

These Finnish have returned after five years and brings under their arm the seventh album in their career, which they have entitled "Abuse to Suffer" which is slightly over thirty-two minutes of their remorseless and aggressive grindcore as only they know how to do, incredible production, abrupt and heavy riffs, intense blast beats, abrasive bass and guttural vocals are few of the attributes I can attach to this grindcore devotees.

Rotten Sound unfolds their wrath from the beginning with the first theme "Lazy Asses" a blend of cathartic and disharmonic riffs, "Fear of Shadows" throws some groovy riffs at mid pace, while "Time for the Fix" with its infectious riff extends the groovy feeling to create a complex, yet chaotic counterbalance after half way to the end, "Brainwashed" with its distorted hardcore-punk influenced, knock down any conventional structure implied, "Yellow Pain" brings a nauseating sludge pace with under tune riffing, "The Clerk" it's a straight assault that refuses to veer from their hardened formula, "Retaliation" it's a fast and furious onslaught with buzzing guitars and brutal drum pattern, "Extortion and Blackmail" rapidly engage the listener with unmatched violence, but suddenly turns into a massive groove that thrives into a noisy scheme, followed by "Equal Rights" It has a very consistent rhythm section alike the Scandinavian death metal bands, crushing blast beats and shattering vocals, leads to the last track "Someone Weak" sonically slows down with heavier guitar riffs, bone crushing drums and powerful growl vocals.

"Abuse To Suffer" it’s a clear statement of what grindcore is about, many of their hard die fans will agree with me, despite the lack of innovation Rotten Sound offers a solid album, varied in content and able to break necks; Do not hesitate if you like bands like Nasum, Napalm Death or Gadget then do not waste your time. 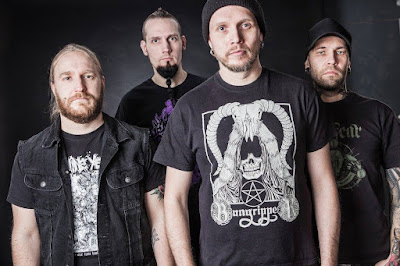