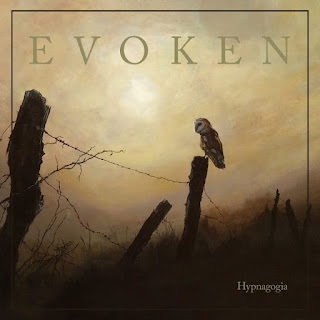 It sounds cold and somber with an unmeasurable sadness and hypnotism at the same time.

Evoken from New Jersey, United States has been around since 2004 always has been playing their unique style of Funeral Doom Metal with Death Metal Influences, their sound makes you remember bands like Esoteric, Disembowelment, Thergothon or Skepticism the distinctive dense clashing of melodies and misery are catchy, moving prodigiously slow with a deeper feeling of depressive and rabid bitterness, but always leaving enough room for those heavy synthesizers that create a crushing eerie ambiance, if you haven't experience at all the Funeral Doom Metal, this might be one opportunity to do it and break through into one of the most inaccessible genres.

After six years of absence Evoken returns with their sixth full-length album entitled "Hypnagogia" through Profound Lore Records again and not only that also for the first time in their discography we can see a stable, solid and committed line-up to deliver a vicious and ambitious continuation of their previous work entitled "Atra Mors" released back in 2012, Evoken are founders members Vince Verkay behind the drums, John Paradiso on guitars and vocals and they are complemented by Don Zaros on keyboards, David Wagner on bass and Randy Cavanaugh on guitars, "Hypnagogia" contains eight tracks with an epic and unforgettable length. 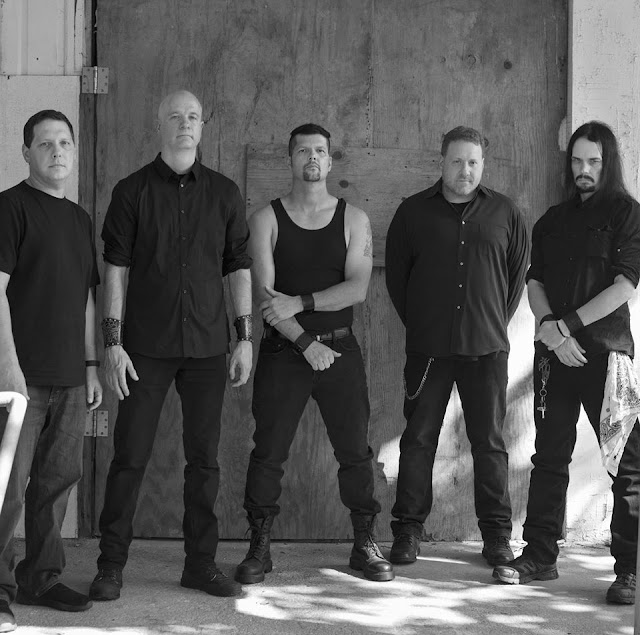 "Hypnagogia" opens up with "The Fear After" built up with an eerie intro that leads off into the darkest path full of misery and pain, tearing apart the dead emotions within you, then is followed by "Valorous Consternation" frontman John Paradiso comes with a singular heavy guitar riff appeal the most gloomy landscapes loaded with a bitter sadness the growling vocals are abysmal beyond your consciousness, let's skip into "Too Feign Ebullience" it attracts a twisted and morbid hopelessness, beautifully arranged and stylishly captures the heaviest harmonies creating a feeling of abandonment, in my opinion, the best track of the album, "Hypnagogia" is an instrumental and one of the shortest track in the album and delves with the use of moderate droning passages, next is "Ceremony of Bleeding" the used melodies remind me a little the first album of the Dutch band The Gathering "Always..." back in 1992, Evoken are able to craft a dense atmosphere almost perceptible by your skin, let's go directly to the last track "The Weald of Perished Men" it sounds cold and somber with an unmeasurable sadness and hypnotism at the same time, the growling vocals contrast good enough with the music enhancing the whole experience.

This is one of the few albums I would consider as one of the best of 2018 in my personal playlist because everything falls in the right place melodies, pace, timing, the drumming is superb, the synthesizer is mesmerizing, the bass lines are excellent and the guitar work is stunning and the vocals are just perfect, far as the production it sounds flawless, few and almost unnoticeable cracks that won't bother you at all, anyway as I stated at the beginning if you want to dabble into this genre this is a good album to start and if you are a seasoned follower of the genre it won't let you down.