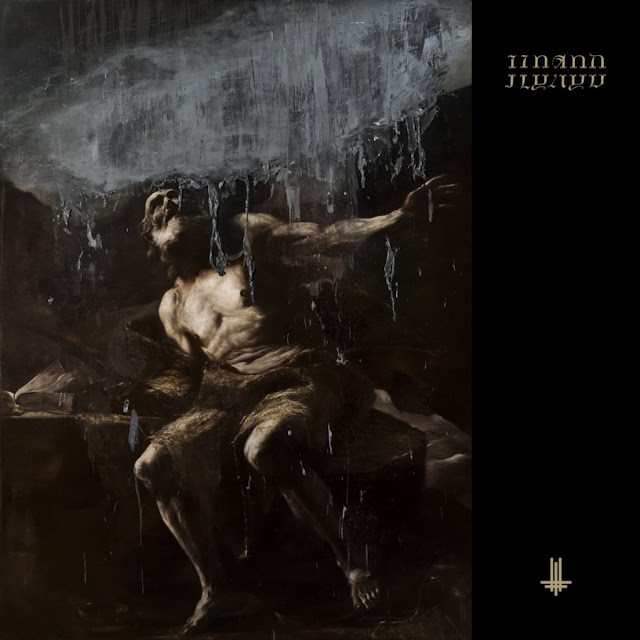 The darker element is predominant from the beginning to the end.

With nearly twenty-eight years in the road, Behemoth has accomplished almost everything as musicians. We have witnessed their history, album after album plagued of Paganism, Antichristianity, Satanism and Thelema. Their sound has evolved from their beginnings playing a Black metal during their demos era and then they switched to a more Blackened Death metal sound until nowadays in the same vein, but more elaborated with operatic arrangements and plenty of choir intrusions, which seems to upset the oldest core fan base of the band, criticizing them for being a today's mainstream act with marketing purposes only.

Behemoth eleventh album titled "I Loved You at Your Darkest" steps on the toes of their previous record "The Satanist" released four years ago, which in my opinion is their best work since "Satanica" from 1999. In their newest album, the darker element is predominant from the beginning to the end. Of course, the arrangements intensify every song for the benefit of the listener. "I Loved You at Your Darkest" seems to me a natural progression from their previous album, not overdone or complicated, rather conventional, straight and crushing Black metal without compromises, that's where the strength of this album lies.


With that been said, let's step into Nergal's reign, the first song "Solve" comes to be the intro with children’s shouting blasphemies and that give a way to "Wolves ov Siberia" which breaks in with a colossal blast beat by Inferno, the guitar work by Nergal is overwhelming from the beginning, while the bass line resounds along the track, vocally we can't ask for more. Guttural growls from the abyss by Nergal himself, this track is followed by the controversial "God = Dog" this track slow down a bit only to pick up the bar with blazing drumming, the riffs become fast and sharp, as for the lyrics which remain unregretful confronting a deity, "Ecclesia Diabolica Catholica" transmit a pity gloomy and lonely feeling is more like a demon in chains you can see his hellish eyes  and that flame still burn, and suddenly chaos turn around with powerful drums, the riffs are fueled by aggressiveness from a darker soul, the bass notes are utterly supreme and melodic with its own personality, the vocals are amazing, next "Bartzabel" with a beautiful acoustic guitar work excel adding that mysticism vibe, while the music in intense and plenty of pace, the lyrics goes beyond your expectations evoking one of the most powerful planetary spirit who was assigned to Mars, I would dare to say that it is one of the best songs of the band in its entire discography, "If Crucifixion Was Not Enough…" has a groovy riff which is unexpected build with intensity channeling the energy to listen "Angelvs XIII" it flows very chaotic and threatening, the drums are relentless and again the guitar riff are pretty forceful, "Sabbath Matter" brings together a perilous but pleasant riff, the clean vocals gives another variant to the album, works more like an add rather than an excessive abuse of them, "Havohej Pantocrator" sounds epic adding another layer to the album, "Rom 5:8" goes back in time exploring with itself the vast Old School of Black metal with the drumming that covers a variety of styles that are well executed, the guitar sounds tight, frantic at moments when the speed builds up, but sinister at the slower parts, the next track is "We Are the Next 1000 Years" the drums sounds unrelenting with ferocity, the groovy riffs are stunning bringing at some point clean guitars adding an epic touch, the closing track is "Coagvla" a good enough instrumental track to finish the journey, not what we were expecting.

Where "I Loved You at Your Darkest" fails is to manage to maintain the intensity throughout the whole album, I liked it! I have to admit it, but honestly the album has a lot of ups and downs and there is where it falls short compared to the "Satanist", I don't think it should be considered as the best Black metal album of the year, neither the biggest letdown of the year, so; give them a shot and enjoy the moment. 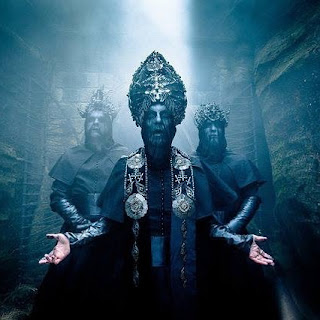