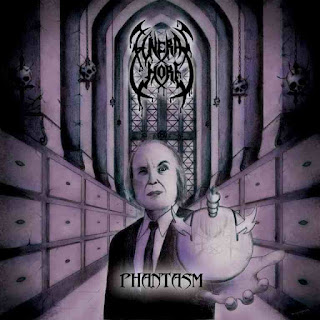 Funeral Whore the Dutch band rooted in the old school death metal, they were formed around 2006 in Beverwijk, North Holland, they are bringing a hell with them while releasing their second full length, under the label F.D.A. Rekotz, entitled "Phantasm" containing eleven tracks of the most pure and relentless death metal, commanded by guitarists Kellie and Roy, also in vocals, together with Nick behind the drum set and Van Dune in the bass, were able to reincarnate the proper sound of early bands as: Autopsy, Pestilence and Bolt Thrower who were pioneering the genre at the beginning of the nineties.

After their debut album "Step into Damnation" released in 2012 which it was quite welcome by the underground community for their ferocious approach and raw sound, they earned a place within the local scene in the Netherlands, giving them the confidence and strength to continue in the dark path and it is not until four years later when they give us their follow-up material and it sounds even more devastating.

"Phantasm" the opener track that has a dramatic theatrical intro that evolves into heavy riffs that blow up, while also having pounding drums with frantic devotion, while the deeper growling vocals remind me the early Sinister, "Evil Manifestation" is the second track the guitars sound massive and morbid with a very infectious pace they succeed throwing riff after riff, "Reanimated" it's bold and barbaric in the drumming section carries a varied pattern allows the shredding guitars, leads the repulsive melodies towards dark passages, "The Graveyard Silence" it's brutal and the lead guitar sounds very violent and frightening, it excels managing the mood with slow pace and later on unleashing a hellish and rabid pace, "Down the Abyss" is an interesting track with a very well mix of thrash and death metal riff it is fast and ceaseless, "Only the Coffins Remains" is structured in a mid-pace inferno, with infectious riffs that grind the eardrums and scourge the last of your senses, "The Mortuary at Night" closes this album with demolishing and vibrant riffs while the double bass drum sounds impressive and ruthless there is no doubt that Funeral Whore are emerging from the deepest depths, as a lethal force to reckon with, few acts nowadays are able to infringe such level of brutality.

"Phantasm" is a truly enjoyable death metal record, influenced by the old school; Funeral Whore only took the best elements of yore to culminate in one of the most overwhelming and cataclysmic records to date during this year, fans of the old school death metal will love this deadly dose, seems like somehow a renaissance of the true death metal is on the way, let's see what else lies ahead. 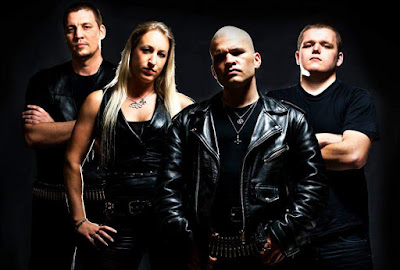