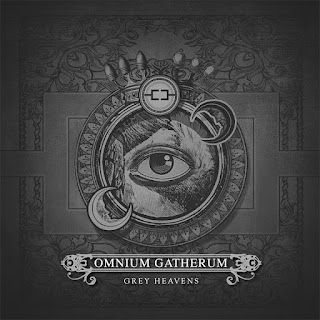 
Omnium Gatherum hailing from Finland, this year they are offering their seventh full length "Grey Heavens" loaded with their singular style of Scandinavian melodic death metal, they has been around for the last twenty years, personally I consider this band becoming more notorious after their release "The Redshift" in 2008, which I consider it groundbreaking with promising elements, brightly blend of melodic and atmospheric to create exceptional soundscapes and later on with the strongly and successful "New World Shadows" in 2011, showing a more mature and progressive sound, powerful tunes, with a solid drumming, during 2013 they released "Beyond" which feels somehow static compared to their previous album and pretty much doesn't carry that energy expected.

Unfortunately Omnium Gatherum seems to be the counterpart for their countrymen Children of Bodom or even Insomnium, due to the lack of recognition to their trajectory, no matter how much incisive or expanded have been proved, they are still relegated within the sub-genre and probably "Grey Heavens" explain by itself with a little risk or nothing the simplicity of elements used and abused after "New World Shadows" ending with scattered but redeemable tracks along "Grey Heavens".

So, let's take the first track "The Pit" the clicking gun barrel precede, before hell breaks apart with ultra fast riffing and punishing blast beat and intense melody that settles with choruses, only to lash out remorseless towards the end, "Skyline" its musical structure is more heavier, dense and slower that the previous track, overflowing infectious riffing, growling vocals are stunning in this track, while the moderate use of keyboards works only to enhance and build passages in some sections, without fear this is the best and most emotive song in the album, "Frontiers" follows, here the intensity falls a little bit and melds with an unstoppable melody synths and guitars intertwine in a stellar exhibit where sound clashes and subtly it vanishes at the end, "Rejuvenate" comes with its keyboard base and noxious guitar work, crushing blast beats and pitiless vocals to engage the listener once again and prove them how melodic death metal should be played, "Foundation" is bursting very interesting due to the progressive side of the band but still melodic, the vocals are throaty and powerful, "The Great Liberation" stand out for the dark and imperative use of synths and contrasting with a masterfully guitar work that excels in riffing, last but not least to redeem is the instrumental "These Grey Heavens" beautiful acoustic guitar work evolves with catchy melodies and thrives as memorable and unique.

Unfortunately "Grey Heavens" feels inconsistent and contains many tracks as fillers only, degrading the songwriting and affecting the overall performance of the album, however I can't condemn Omnium Gatherum for been attached so deeply to their equation, newcomers to the sub-genre may be glad with the outcome. 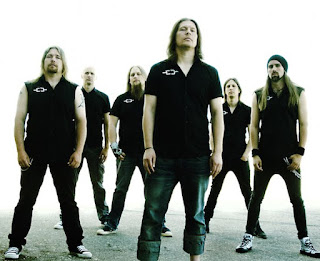