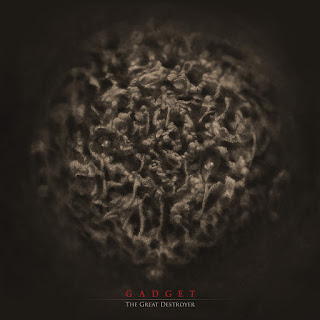 It is really satisfying listen a band with such power and determination to destroy anything
Gadget is a grindcore band from Gävle, Sweden. They were formed almost two decades ago, precisely in 1997, I could probably say they are a cult band, despite their discography which is not wide as others, but quality overflows in every album they put out, their newest recording "The Great Destroyer" it was released after ten years of practically absence in the recording studio and it's preceded by two full lengths "The Funeral March" released in 2006 and their debut album "Remote" in 2004.

All the tracks included in "The Great Destroyer" holds an immaculate influence of the old school hardcore, stained with modern elements and a refreshing production by multitasking drummer, producer, mixer and mastering William Blackmon, who definitely knew how to print the energy and sense of devastation needed to drag effectively our attention to them.

The current band line-up is as follows, William Blackmon in the drums, Rikard Olsson in guitars, Emil Englund doing vocals, and Fredrik Nygren in the bass, which is basically the original formation who started Gadget and that, is one of the qualities I most admire in a band.

Diving deep into "The Great Destroyer" it is really satisfying listen a band with such power and determination to destroy anything in front of them in few minutes and you still remain standing waiting for more, Gadget delivers a sonic violence from the beginning to the end the first track "Enemies of Reason" exploit with demented savagery, "Pillars of Filth" is relentless but subtly towards the end delves in an adequate rhythm section, "Violent Hours (For a Veiled Awakening)" features a guest appearance by Barney Greenway of Napalm Death a very distinctive cut, the self titled track "The Great Destroyer" uses pulverizing guitar riffs with an intricate drumming, "In the Name of Suffering" brings a darker groove and slows down the pace adding growling vocals gives another perspective to this album very well intertwined with some grooves, the last track reaches over five minutes, which is unusual for bands within the genre "I Don't Need You / Dead and Gone" here they accomplish to blend some of their influences as is hardcore punk, sludge, doom and death metal, offering an imminent collapse after all damage sustained, however I’m sure you will hit the play button once again.

Definitely a very enjoyable album, does not feel flat at all with most of the tracks clocking around the minute or so, is not hard to succumb to their anger, I can bet if you likes, Nasum, Napalm Death, Extreme Noise Terror, Pig Destroyer then you got no excuse to let the guys of Gadget crush your bones. 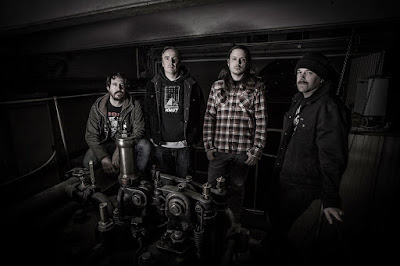