Spit On Your Grave (2014) Existential Murderer 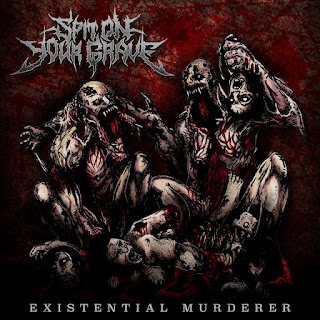 Spit On Your Grave is a Mexican band formed around 2012 in the city of Monterrey located in the northeastern on the country, this is a four piece band  integrated by Zitlalic Gomez in vocals duties, Cecilia Amezcua in guitars, Elizabeth Castillo in bass and Johnattan Ramirez behind the drums, they play a solid Death metal, with corrosive guitars, relentless blast beat, a dense bass and brutal growl vocals, this band released their album debut, "Existential Murderer" more than year ago in July 2014 with ten rabid tracks filled of vile, the album last slightly under thirty three minutes, delivering a hellish album for a newcomer band.

Despite their short career they have earned a place in the Mexican local scene alongside bands like Nuclear Chaos, Rompe Craneos, Remains, Mind Suppressor, Diagnosis or Evilheart just to mention some, they also has been very active playing lots of gigs around the country and supporting bands as Archspire, being their most important show the controversial, Hell & Heaven Metal Fest 2014. 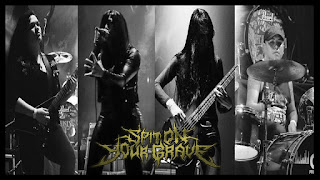 Moving on, here I have their debut album "Existential Murderer" which opens with an "Intro" orchestral type and last almost 2 minutes and goes direct to the second track "You Will be my Torture" corrosive guitar riff by Cecilia unleashes a brutal drumming by Johnattan and the dissonant bass by Elizabeth excel this track the vocals by Zitlalic falls a little bit into Metalcore style in fact the whole track owns several breakdowns, but they manage to remain with brutality "Defied Death '45" brings one of the most vicious tracks in the album, pummeling drum, while the guttural voice rumbled in your head, inspiring an unceasing headbanging, "Stench of Carnage" is just about to uncover the best of Spit On Your Grave with solid guitar riff, fast pace hellish vocals to tear apart your soul, "Bloods Flows Freely" began at semi fast pace with interesting riff, unrelenting drums, vocals distilling wrath and the self titled track "Existential Murderer" for some reason makes me recall Suffocation where the brutality blends with high level skills and a fabulous interlude to add some personality, the last track is "Perversion" here they sound determined to burn themselves in hell with you, explosive track that ends this album.

Without any doubt is a well defined debut album, vicious Death metal, with sick lyrics that explores insanity, gore, sodomy with no remorse is an album highly recommend for those who likes Cannibal Corpse, Cryptopsy, these girls has proven that the Mexican scene has their own cards. 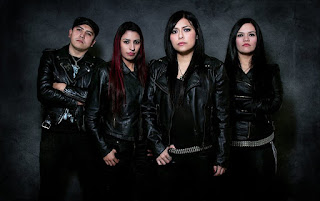