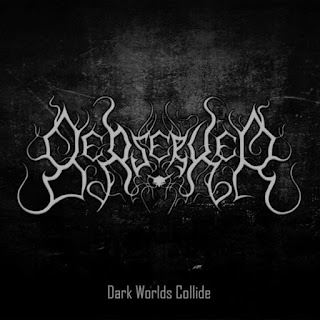 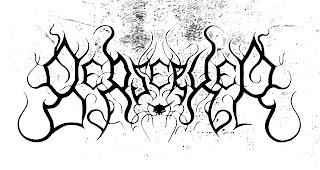 Berserker is a Lithuanian band formed in the capital city Vilnius in the beginning of 2009, they play a Melodic Death metal with some Folk passages, the band is currently integrated by vocalist Agnieška Volček, bassist Roman Semionov, guitarist and backing vocals Kšištof Jusel, keyboardist Kristina Herman, drummer Georgijus Kirilovas and guitarist Mažvydas Vrubliauskas, I have to mention that Agnė Petruškevičiūtė and Vera Bukina played the keybords and flute respectively, however, both departed from the band, after the recording.My first impression when I started to listen to Berserker was like somehow I was able to transport myself in one of those mythic battlefields where mankind has to fight for their own destiny, against themselves, against their own demons, where despair is ruthless, dejected by the darkness that haunts them, while gnawing their own fear and the battlefield is tinged with blood, but at the end mankind prevails, thanks to the courage of few ones who risk and expose their inner and give, a new beginning to mankind.

So with such an apocalyptic vision, I prepare myself to dive into Berserker recording, the first track is an "Intro" in the vein of a pure epic movie, that work really good for me, because set my mind for what's coming, a whole load of musicianship that achieve to move some sensitive cells, the second track is the self titled album "Dark Worlds Collide" here is where things turn up interesting a melody keyboard opens follow by thunderous drums and a galloping bass, while guitars sounds are present to hear a beautiful voice shining, the music is extraordinary, but Agnieška voice is strong and powerful, please don't expect the classic symphonic voice like Tarja or Simone, Agnieška she has her own attributes, the backing vocals are present only to give her deeper accent, "Warhell" start with a war soundtrack which allow the marching drums appear, while the flute added a subtle touch to keep the guitar galloping pace, mesmerizing vocals makes this cut very intense, growl vocals that lead to a subsequent guitar solo well executed, "Madness Machine" the folkish guitar riff in the album accompanied by the sweet flute, builded with simple but effective, musical structures to allow a perfect synchronization between clean vocals and guitar riff, next is "The Day Human Died" an explosive track from the beginning where dynamics change a little bit, creating a subtle battle between clean vocals and harsh vocals, where the listeners wins at the end, the guitars comes with sharp riff, aiming to perpetuate in the time, "Wolf" is a powerful ballad filled with emotions that puts you in a dimension where you are vulnerable, but proves their versatility, "Prelude" is a shores soundtrack, waves hitting the wall of rocks, the wind blowing while thunders lights the skies, only to make way for two of the best tracks from this album "Viking Ship" starts with a folk intro to move you to something easy to recognize in the vein of Amon Amarth riff and the folk passages of Finntroll with the furious vocals of the valkyrie Agnieška, the guitars plays at galloping pace faster, harder while the story is being told and it blends with a sweet flute. 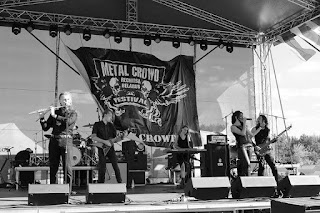 The closing track is "Mūšis už Žemę" which means "(Battle for Earth)" completely sung in lithuanian and for that reason should not be underestimated, this track makes a clear statement, that metal may sound unrelenting even in their own language of origin, basically the last track falls in the same scheme, prolonging the ecstasy, created by Berserker; The album was recorded and mixed in Muzikos Laboratorija studio by Rimtautas Piskarskas.


To finish my review I want to emphasize the quality and level that show Berserker regarding their songwriting, producing a solid, strong debut album and will surely enter more than one list of the best albums of the year. 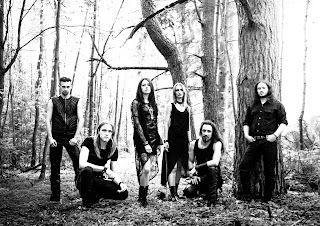