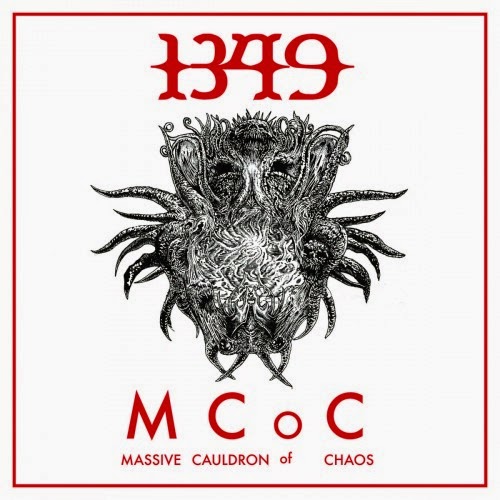 1349 is a well known Black metal band that was raised in Oslo, Norway around 1997 by Ravn (vocals & drums), Tjalve (guitars), Seidemann (bass) and adding Archaon (guitars) in 1999, later on Frost of Satyricon was asked to lay down the drum tracks and finally he become a permanent member of the band around 2001, Tjalve leave the band in 2006 after a successful year, in order to focus his musical efforts on his band Pantheon I, while 1349 remained the same core lineup since Tjalve's departure. During eighteen years of career, they have released two Ep's and six full length, today I will focus in their latest album the sixth, titled "Massive Cauldron of Chaos" which in my opinion, that's how they always had sound, I believe this album is a step forward and not only the continuation of their previous record "Demonior" in 2010, where predominate an old vibe from the first wave of Black metal.

"Massive Cauldron of Chaos" comes after four years of absence in the studio; I thought is a long time but at the end the result passed my expectations. So; why expect less? when you have such talent together, there is no reason to do that, since the moment they uncover the album artwork, some kind of devilish and eerie entity on white background, that definitely told me something good will come out of this, "Massive Cauldron of Chaos" it is an album title very suggestive that defines what exactly lies in there, with a modern production, delivers a hell of a sound.

The album opens with "Cauldron" built in an eerie intro, explodes within seconds in your speakers, I know; anyone who loves Marduk, Gorgoroth will enjoy this, fast clean riff by Archaon blends with the blistering drums of Frost and Ravn brings his raspy and guttural vocals that quickly connects with "Slaves" with thrash nuances but with the heaviness and speed of Black metal, incorporates chorus and the spoken parts that make this one of the most outstanding cuts, "Exorcism" it extends the dose with some riff influenced by Watain, a terrific guitar solo by Archaon at the 3:20 mark, then comes "Postmortem" where you can appreciate clearly the early thrash influence in the guitar, crushing riff and a exciting double bass drum, "Mengele's" musically explores a wide range of riff and even include some ambient passages, "Chained" it was structured with catchy riff, while Frost behind the drums blends the pace and Seidenman with his bass add some textures in the background, the CD digipak Limited Edition released for US include an unlisted instrumental track, which last slightly over one minute and work as intro for "Godslayer" here 1349 unleashes all their fury and wrath with killer riff, devastating drums and aggressive vocals that shred your guts, in an offering to the black cult, the very last track in this version of the album is "The Heretic" is a Possessed cover song from their album "Beyond the Gates" released back in 1986, here they are coming up with a sound that is more Thrash and heavier, merciless vocals, this is a must hear track and believe me they don't disappoint at all, what an exciting and ruthless album end. 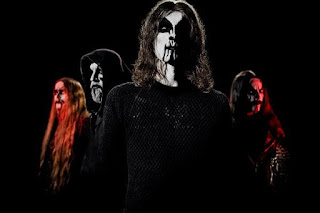 It's definitely an album with a solid black metal, taking many influences from contemporaneous bands as well as the early Thrash and Black metal age, arguably this represents the 1349 sound and their legacy, however if you are highly strict with your Black metal dose, this album will not be essential for you to listen to. 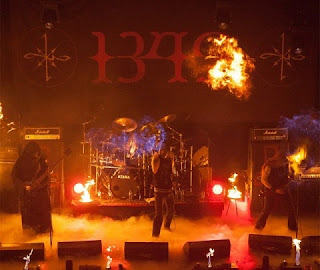