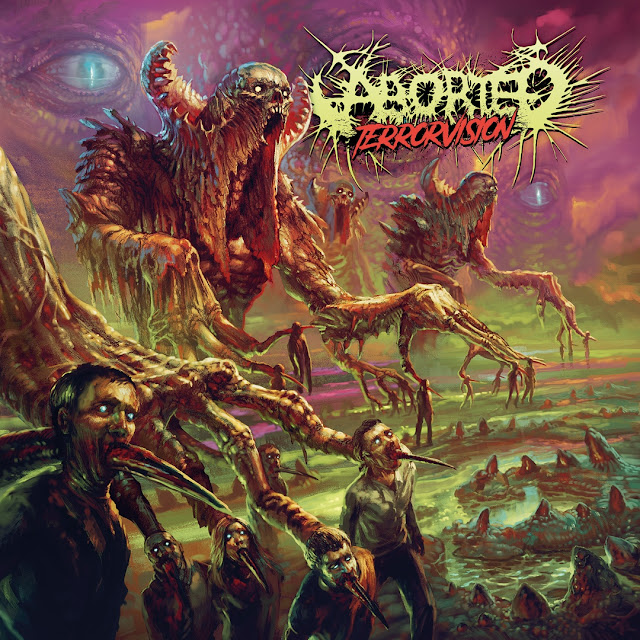 Aborted has been spamming us during the last six years, "Global Flatline" in (2012), "The Necrotic Manifesto" in (2014), "Retrogore" in (2016) and their latest production that was released just a few days ago entitled "TerrorVision," all of them having in common the new line-up that Sven de Caluwé brought up together, since 2012 and therefore reflecting a new personality, venturing into more technical territories as far as songwriting is concerned, bringing a more clear and fresh production, I would dare to compare their current sound to American outfit of Cephalic Carnage and Cattle Decapitation, for a quick reference.


Taking a quick look into their history, we can understand why Sven decided to shift the compass and experiment with a more complexity at composition and production standards, during the half end decade of the noughties, Aborted had to face a harsh reality due to the lack of approbation of their fan-base to albums like "The Archaic Abattoir" in (2005), "Slaughter & Apparatus: A Methodical Overture" released in (2007) and "Strychnine.213" in (2008) they just fell short, compared to their previous works where they deliver a plenty and grotesque gore fest.


"TerrorVision" lasts about forty-five minutes for eleven tracks, the question here is, will their most recent released album beat down their previous work "Retrogore"? Aborted did a great work in their previous album, very aggressive, violent and straightforward all in one take, however "TerrorVision" bring some moments to enjoy the melodic riff embedded, the album remains hostile and ruthless creating a stunning balance by itself, the first track is "Lasciate Ogne Speranza" an intro conceptually marvelous with frightening piano notes that precede the hell coming after it, the explosive "TerrorVision" not only gives its name to the album, it carry the hell within with, the riff excel by its brutality, while the malignant growls of Sven are fruitful, "Farewell to the Flesh" is fast and full of catchy melodic hooks, the drum work match the guitar intensity, "Vespertine Decay" and "Squalor Opera" both delivers a hammering riff in its own particular way, pushing out grandiose vocals. Let's fast forward to "Deep Red" built with demolishing drum work and grooving guitar riffs that are simply crushingly, "Exquisite Covinous Drama" melds perfectly the dissonant harmony and aggressiveness with the harsh vocals, "Exquisite Covinous Drama" melds perfectly the dissonant harmony and aggressiveness with the harsh vocals, "A Whore D’oeuvre Macabre" unleashes the restrained beast and the imminent chaos begin the guitars are twisted and rabid as the pummeling drums goes into a frantic pace, the last track is "The Final Absolution" made up with a majestic passage in the keyboards, it lands with superb killer tremolo picking, the deeper tones comes through the bass severing the throats of the reluctant to abdicate stereotypes.


Aborted is probably one of the few bands that has been able to adapt properly to the adversities and not only that, they have proven how to master and succeed in their new cycle, the production is top notch and everything else falls just right in its place, "TerrorVision" easily will make its way up to any top ten list of the year. 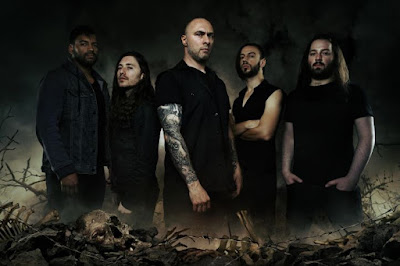