Monstrosity (2018) The Passage of Existence 'Review' 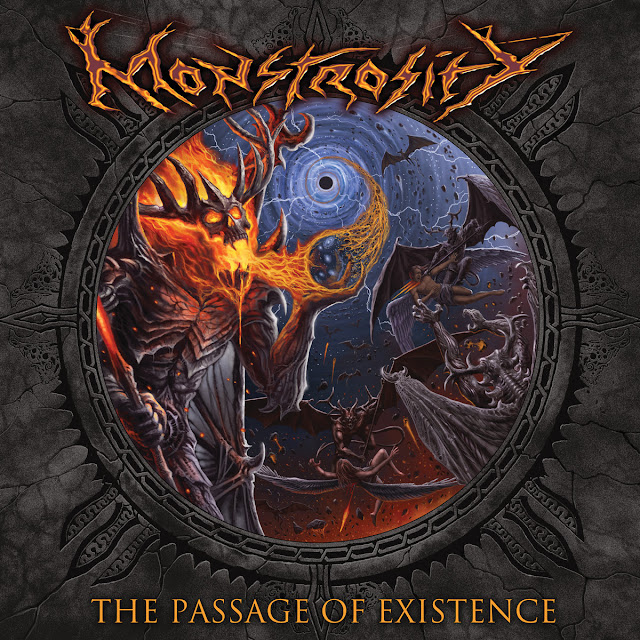 This new album attains a status near masterpiece definition.

I have to admit it, since I found out that Monstrosity would launch a new production this year, many expectation arose within me and I felt anxious to listen this album, because I consider Monstrosity as an iconic figure in the Florida death metal circuit, it was 1992 few days after my birthday, when I attended to my local music shop looking for Obituary's latest album at that time "The End Complete", but it ran out; So I ended up buying Monstrosity debut album "Imperial Doom", as soon as I heard it, this album blew me away!  my blind purchase was worth every single cent.

These veterans of a thousand battles have been able to create an impeccable album in all its aspects, do you want to compare their sound? all right! I'll tell you to forget Cannibal Corpse and their crushing brutality, discard Deicide and their blasting sound, nor the technical sound of Atheist, but with enough elements and more diverse than Obituary; So you can only compare Monstrosity to themselves for instance listen their previous work "Spiritual Apocalypse" released over eleven years ago, then you will know what I am talking about.

Currently the band consist of their lead man behind the drums Lee Harrison, bass player Michael Poggione, lead guitarist Mark English, vocalist Mike Hrubovcak and guitarist Matt Barnes, this line-up has been steady since 2010, the album was recorded at three different studios, the drum tracks where recorded at Audiohammer Studios in Sanford, Florida while the guitars and bass where recorded at Ascension Sound in Tampa and finally the vocals where recorded at Obituary's Redneck Studios in Gibsonton; Under the production of another metal veteran Jason Suecof, and the mixing was perform by Mark Lewis.


"The Passage of Existence" surpass any of my expectations, I liked their work at "Spiritual Apocalypse" but undoubtedly and despite the followed up their monstrous formula, this new album attains a status near a masterpiece definition, the first track "Cosmic Pandemia" heavy punching riff nothing intricate but sophisticated old fans will be grateful, "Kingdom of Fire" offers a nice shredding through versatile guitars and blistering drums, "Radiated" brings with itself an unrelenting brutality, fast with superb snarls to rip out your guts, "Solar Vacuum" the sickest track of the album very unrepentant and threatening, "The Proselygeist" sounds dense and give the listener to experience a mid-pace track conceived utterly dark, "Maelstrom" will drag you into hell with such voracious riff and its solid rhythm section, "Eyes Upon the Abyss" they ruthlessly lash out with extreme and engaging twisted realms and sharp turns, next is my favorite track of the album, "Dark Matter Invocation" very elaborated, layered with melodies that morph into passionate and belligerent riff, while the vocals enhance and set in another level this track, "The Hive" sounds frantic and moody, "Eternal Void" is a natural anthem of hostility for the mosh pit, they threw in excellent bass near the end to highlight this song, "Century" delivers an unequaled state of devastation, the last track is "Slaves of the Evermore" whit forceful instrumentation and abominant growls keep's the intensity and hostility up to the last minute.

"The Passage of Existence" doesn't lack of anything at all contains brutality, achieve a technical level, fast, well balanced, but the outstanding part of this album is what makes metal what it is, furious unbridled and distorted guitar solos, all of them memorable and pretty well executed, I truly believe the wait, well worth it! with this album your highest demands will be satisfied I have no doubt about it. 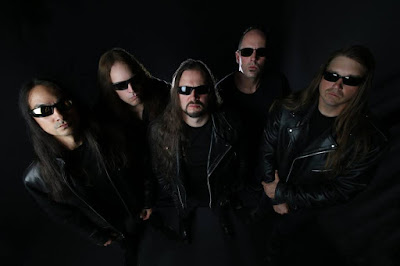