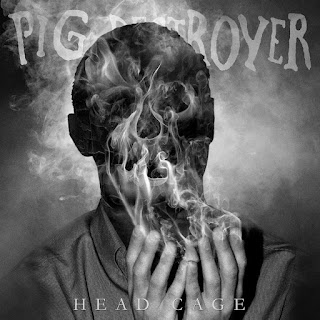 It has been almost six years since Pig Destroyer brought us their album "Book Burner" which was very well accepted among its fan-base, the sound of this album was chaotic, aggressive and fulminating, almost comparable to what I consider their best album "Prowler in the Yard" from that distant 2001. So, the only thing I would expect from them is at least a solid continuity.

With that set-in mind, let's begin! for starter I was surprised for the addition of a bassist for first time ever in Pig Destroyer. So, the bar levels up a bit higher, the tracks added to this album average slightly over two minutes which takes your mind back to that album that split their fan-base back in 2007, yes! I'm talking about "Phantom Limb" but don't give up, because in my opinion Pig Destroyer’s "Head Cage" sound is heavier and more intense than their previous release, it might be the bass lines and decremental blast beat but still plenty of bludgeoning driven force remaining to hook you up. 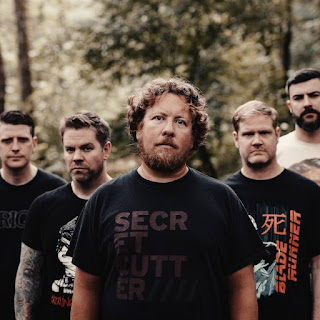 The songwriting accomplished somehow to meld a more varied style, "Dark Train" gets thrown in your face with such power and energy as grindcore should be, connecting with a more vicious riff in "Army of Cops" very irreverent, "The Torture Fields" reveals how grindcore melds with slower melodies and the outcome will shock you up, "Terminal Itch" is genuine grindcore up to its roots and let's skip to the end, where we can find out "House of Snakes," which explores a very different path with slower riff, sluggish drum work and finally the bass lines shine a bit bringing a deeper heaviness, while Hayes has a non-stop reverberation along the thirty minutes of this album.

While it is not the finest work of Pig Destroyer, at least you can appreciate a continuity, that's enough for now, but I will still be waiting for "Prowler in the Yard Pt. 2".