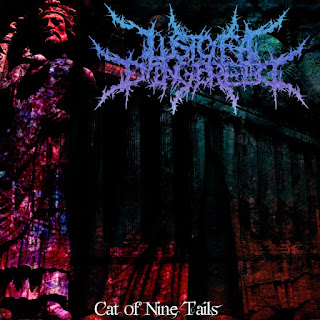 Not long ago I reviewed the Lebanese band Hatecrowned that left a great impression on me, well this time I'm bringing a Death metal band from Nairobi, Kenya; they are Lust of a Dying Breed and they play solid as hell mixing traditional Death metal more likely towards Deathcore which put them in a highly transited ground already paved by bands as the Australians Thy Art is Murder, or Americans Whitechapel or Carnifex only to mention few big guns.

Lust of a Dying Breed were formed in 2010 by vocalist Martin Kanja and bassist Timothy Opiko they invited some musicians, and began the try out process, but after a while finally they settled up with their lineup which is complemented by drummer Larry Kim, lead guitar Sam Karinga and rhythm guitar Khalid Issa, so they start  gearing up to record their first official EP titled "Cat of Nine Tails" with five explosive tracks, it was recorded, at Shinigami Studios mixed and mastered by Leon Malu (Mortal Soul).

"Soundcheck" opens this EP with singular force and bestial growls echoing by Kanja, delightful guitars by Karinga and Issa, bordering at some point with some tech death riff, splendid rhythm section by Opiko and energetic drums by Kim, the next track is "Rebirth", here they explore a bit more the Progressive Technical Deathcore spectrum, but don't let them fool you at first, because they could sound way more brutal but as the cut passes, you will find out how progressive they can be, "Fearless" simply keeps up in the same wave mixing a wide range of riff to structure a powerful track the vocals added some shrieks while the bass sound engrossing, "Cat of Nine Tails" is the deathcorish track of the album with palm muted guitars, distressing guitars riff, relentless drumming and convincing growls, the last track is "Denoument" became the weakest track of the EP even when they try to infect it with a singular riff that seems it will pick it up, but suddenly they abandon the idea, I just cannot blame them at all, such a short time to show what they are made.

The matter of fact is that Lust of a Dying Breed, has chosen a complicated and saturated path, despite their enthusiasm and conviction they don't bring nothing new to the global scene and comparing them to the big guns aforementioned, it would be put them in the shadows, "Cat of Nine Tails" display and testify the evolution and growing of the metal in every corner around the world, if you are a true Deathcore fan you should listen to Lust of a Dying Breed, you could be witnessing the emergence, of the worldwide metal scene from Africa. 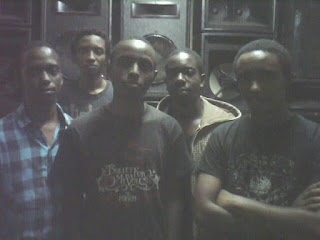