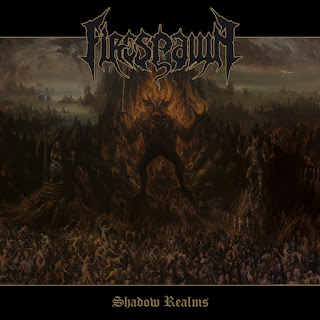 Shadow Realms honestly is fast and brutal, but lacks emotions in its purpose

Firespawn is a band formed in Stockholm, Sweden, that appeals to play a straight Death metal in the vein of Gothenburg old school, the band is integrated by seasoned  musicians very well known in the scene, Lars-Göran Petrov on vocals (Entombed, Nihilist, Comecon), Fredrik Folkare on guitar (Siebenbürgen, Necrophobic, Unleashed), Matte Modin on drums (Dark Funeral, Defleshed, Skineater), Victor Brandt on guitar (Aeon, Entombed), and Alex Friberg on bass (Necrophobic, Trident), with such lineup and background you cannot expect less than a masterpiece, but regrettably the answer is no! and I want to be clear enough at this point, "Shadow Realms" is strong, heavy and has its moments but falls in such simplicity, bordering on mediocrity and it does a completely forgettable album.

As always there are few tracks that can save this record to be a waste, the first cut "The Emperor" which delivers a punitive intro and leads into a some kind of tech death riff, ravaging vocals and pounding drums, Fredrik Folkare delivers a signature guitar solo, "Lucifer has Spoken" which was previously released by Firespawn in a 7 inch vinyl during last summer as their single, the riff here are more melodic with slow pace and the vocals are softer than the usual heavy growls by Petrov, "Contemplate Death" the acoustic guitar interlude doesn't capture much expectation, giving a sense of abuse by such sections, another track to highlight is "Necromance" structured with some death n' roll riff, blunt drumming by Matte Modin and the punishing growls will tear you apart, the self-titled track “Shadow Realms” doesn't shatter your soul, its fall into a generic style, honestly it is fast and brutal, but lacks emotions in its purpose, the ending growl remind me to Jan-Chris de Koeijer from the Dutch band Gorefest in their song titled "Get a Life" from the Album “False” released back in 1992, which ends in the same fashion, "Infernal Eternal" made of pummeling drums with decent guitar riff an eloquent guitar solo by Folkare made a decorous end.

Despite the admiration and respect I feel for each of the members of this band, I feel disappointed by the generic and simplistic style they chose, when they are able to offer even more, it is true that "Shadow Realms" has its moments, with meaty vocals, fast and brutal riff, some relentless drums, however you can feel the emptiness in the ambience, the production is top notch, you can appreciate very clear the instruments and the vocals are slightly overdone, but... if you are a really diehard fan, of the Gothenburg sound I guess you can deal with "Shadow Realms". 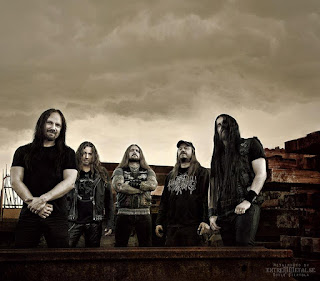