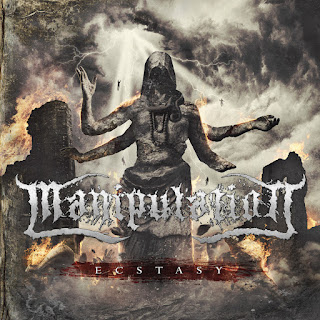 Here we go! this time with Manipulation a band formed in Gołdap, Poland in 2001, the band was active during six years, during this period they released two demos the first one "Live in Kotlownia" in 2003 a "Promo 2005" and their debut album "The Future of Immortality" in 2007, after releasing the album the band took a break and came up some lineup changes, but basically the core band remains intact, then they reunite to record their EP titled "Resurrection" in 2011 and their second full length "Passion" released in 2012, today they approach to us to perpetuate the stigma with their newest album "Ecstasy".

What we can appreciate here is a refined Deathcore, chugging guitars, accurate drumming, a crushing bass insertion and decaying vocals, which put them apart from their contemporaries in the other side of the Atlantic Ocean which seems to structure everything with a bunch of palm muted guitars.

Unlike many other bands Manipulation doesn't limit themselves, they explore and add some tremolo guitar picking, as dictated by the old school and in some cases chord progression is there present and of course with the classic palm muted technique, I never said it wasn't part of their sound, but at least is not so recurrent, "Ecstasy" is a ten tracks album which opens with "Insomnia" delivers crushing riff with some dose of melody and hellish vocals that excel, the composition feels more progressive, because they do not fall excessively in just riff, breakdown, riff breakdown, slower breakdown "Sic Itur Ad Astra" and "Paradigm of Existence" fit perfectly to this idea but "Sunset over Vatican" takes the whole album to another level, where they beat you down with a terrific melodeath passage, just to accomplish the highest peak in the record, while "Temples of Vanity" remains intense with unceasing drums, the gutturals, breakdowns, chugging and chords are vast, the closing track is the self titled album "Ecstasy" where they delves into a more ethereal ambience with demolishing riff, mid pace drumming and chants in the background supporting the raspy growls, definitely there is more than enough creativity contained in this album to explode your speakers.

Manipulation recorded this album at Monroe Sound Studio in Poland, the producer and sound engineer of the album was Arkadiusz “Aro” Jabłoński (Shadows Land, Masachist) and "Ecstasy" was released under Satanath Records, the current lineup is as follow: Rado Slav and Vulture on guitars, Bysiek on bass, Kriss on drums and Brużyc on vocals, something interesting to mention about track number six, "Sunset over Vatican" the guitar solo was recorded by special guest Jacek Grecki from Lost Soul.

Overall this album shines within the sub genre offering a varied listening experience and could easily fit as a Death metal act, but they still infuse those breakdowns that defines what they play, sometimes ending quite abruptly and leave you hanging on trying to understand what happened, however if you have predilections for such coarse transition moments, then you should listen to them. 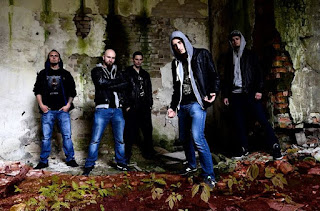