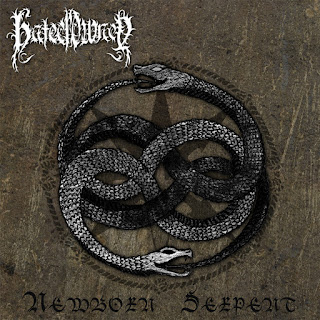 Middle East is not well known by their metal scene, talking more specifically about Lebanon a country hit by various facts, as politics, religion, terrorism, wars, social segregation, poverty, immigration and more, however the metal scene made its roots there long time ago and although their scene is relatively young, we can rescue some names of bands like Blaakyum playing Thrash / Heavy Metal, Kimaera with a Doom / Death metal style, Symphonic metal band Ostura, Black metal band Ayat and recently Hatecrowned also in the Black metal vein, and this time I want to dedicate a space for this band.

Hatecrowned finds enough elements in the Old-school Black metal, rawness, ambiances and ruthless riff that match the crushing drums, the vocals explore a wide range of sounds going from shrieks, adding some howls and traditional death growls, the band was formed in 2011 by Ayvaal in vocals and Dahaaka in guitar and keyboards, during 2013 they released independently their EP titled "Warpact in Black" with four tracks, gaining international attention which lead them to ink a deal, with Russian record label Satanath Records, to release their album debut titled "Newborn Serpent" in last August 13, 2015 as a limited edition, with five hundred copies, the band accomplished their recording, with some guest musicians Benjamin "GoreDrummer" Lauritsen behind the drums and Eddy Ferekh as bassist.

Despite their rawness and heaviness they were able to craft in this album, there are some tracks that simply fall into a muddy pit, call it a flaw in the mixing or mastering or whatever, but in the other side there are plenty tracks to save this album as the opener cut "Ominous Birth of Serpent" there is a bass intro with middle east vibe and raspy vocals, semi fast pace it takes over with blasting drums, "Infest and Conquer" brings me some memories of the old Immortal more alike to the album Diabolical Fullmoon Mysticism the riff are aggressive blends perfectly with a pummeling drums, "Void" the instrumental track precede "Redefining Purgatory" and "Newborn Serpent", both are intense, demolishing fast pace with death growls if you are looking for a feeling that approach to misanthropy and darkness here is an excellent dose for you, the short "Funeral Reverie" brings some depressive doom tones, with blistering drums to explore or expand their own path, "Wolves" will embrace you with an ambiance intro, howlings lost in a vast fog in the middle of the forest, blackened riff, pounding drums and vicious shrieks ends this album.

Hatecrowned delivers such level of maleficent dark ambiance without hint of salvation and I have to admit it, though I'm not very familiar with Lebanese metal scene, I felt somewhat attracted by curiosity but with great hopes, my boldness brought me a feeling of yore, even with the few flaws in this is album it worth your time to spend listening to them. 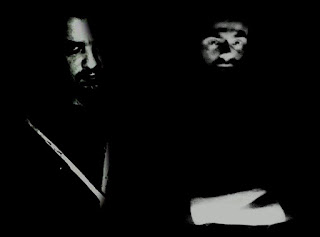 1. Ominous Birth of Serpent
2. For Scum Thou Art and Unto Scum Shalt Thou Return
3. Infest and Conquer
4. Coronation of the Eternal and Pure
5. Void (Instrumental)
6. Redefining Purgatory
7. New Born Serpent
8. Cave of Salvation
9. Funeral Reverie
10. Wolves