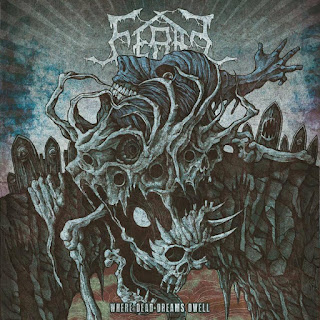 
Feral is a band that evoke the Death metal realm of the nineties, their sound is raw, compact, and aggressive, same as those acts who owned the scene those years, Dismember, Entombed, Grave or Asphyx, just to mentioning a few ones, the Swedish bands by nature play a particular galloping riff, exactly! that kind of groovy sound with blasting drums and throbbing bass, grunts that combine and balance between riff and you just can’t get enough of it and simply you come back for more, Feral along with Swedish Entrails and Revolting, I could consider them as the new torch that light up the Swedish Death metal scene, the truth is… Feral is not reinventing the wheel, why should they do such of thing? The line of Death metal they are appealing to play it doesn’t have to be renewed, it has to be played as it is, many of us, old school death metal fans we can criticize them for this, lack of originality, steping on safe ground or whateveryou want to argue, that’s easy to point out, but times goes on and out there is new blood avid for listen that kind of death metal, the same one we experienced in the nineties, so; why should we stop the reborn of a new era? I don’t think so!

Feral so far has released two albums the first one "Dragged to the Altar" in 2011 for Ibex Moon Records, a split EP with Germans Revel in Flesh during 2014 and their latest full length "Where Dead Dreams Dwell" for Cyclone Empire this album was delayed due to line-up changes, their current line-up is Viktor Eriksson in the bass, David Nilsson as vocalist, Markus Lindahl sole guitarist and drummer Roger Markström their hometown is Skellefteå, Sweden.

So, let's get straight to the album, the first cut is "Swallowed by Darkness" imposes a corrosive groovy guitar riff by Lindahl and while Markström  explodes the drums with the classic D-beat sound, low grunts by Nilsson the burly bass of Eriksson unravels at a mid tempo, to announce what to expect for the next 40 minutes, "Creatures Among the Coffins" is a bomb starting as a mid tempo track only to unleash their wrath and get you in an unstoppable headbanging, "Suffering Torment" it is pure rage loaded, insane thrash guitar cords, "Carving the Blood Eagle" tear you apart with the strongest drum intro in the album a memorable track where Markström evidence his skills along the cut, Lindahl make an exceptional guitar solo to crown this track, "The Crawler" and "Overwhelmed" doesn't distant from the quality of all the previous tracks, "Mass Resurrection" seemed to be longest than usual, but it doesn't matter because is robust in guitar riff and it is well blended with a guitar solo, the last track in the CD is "Succumb to Terror" the guitars are fast as hell, the blasting drums and the rumbling bass make a perfect fit and Nilsson growls are brilliant.

"Where Dead Dreams Dwell" is a solid record, flawless with a refreshing and modern raw sound, that will leave you satisfied, if you are a true old school death metal fan, then you should give it a try, there is nothing to lose, but you will get back for more doses, I can bet you that. 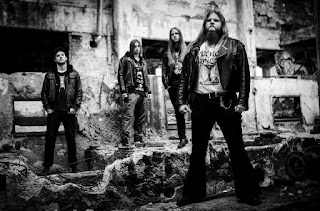