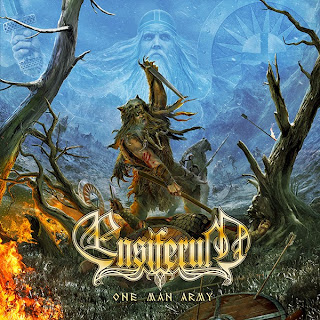 A truly epic passage infused with folk and choruses.


Ensiferum began its journey around 1995 but it was not until 2001 where they release their highly acclaimed self-titled debut album “Ensiferum” under Spinefarm Records, Markus Toivonen and Jari Mäenpää formed a fairly efficient couple, Mäenpää remained in the band until the release of their second full length album, "Iron" in 2004 leaving Ensiferum to continue with his own project (Wintersun), Miettinen bassist and drummer Fokin they departed from the band also, but this would not be the end for Ensiferum and creator Markus, he  brought to Parviainen to filled up the drums, Lindroos on guitars and vocals (harsh), Hinkka on bass, and Enho for keyboards, this line-up recorded the EP "Dragonheads" in 2006 and the full length "Victory Songs" in 2007, keyboardist Enho decided to leave the band and its replacement is found in the person of Silvennoinen she is who has been playing with the band since then, with this group they have released 3 full length so far "From Afar" in 2009, "Unsung Heroes" in 2012 and their latest production "One Man Army".


The album kicks off with a mere epic folkish intro "March of War", it last up to one minute and a half, melodies coming out of guitars, flutes and drums set the ambiet for the next track "Axe of Judgement" it explode in your speakers fast, without mercy with their classic blend of power, folk and melodic death metal if this track doesn't make you move probably you are dead "Heathen Horde" feels like a pagan anthem calling for war, it is packed in very enjoyable guitar riffs, "One Man Army" began with a thrashy chord followed by a scream more likely as a war cry the drums sounds powerful and unrelenting, the guitars set a infectiousness fast paced for the mosh pit "Burden of the Fallen" breaks a little bit the balance in the album, I mean is good but anyone doesn't like a fly in a bowl of soup after this interlude comes "Warrior without a War" a mid paced track probably one of the best in the album here they blend perfectly harsh and clean vocals with epic choruses while the guitars keep up the good job, "Cry for the Earth Bounds" stick to the previous track far as songwriting refers, then comes "Two of Spades" it has a really interesting approach to the eurodisco sound, in the mark 1:55 it is fun and enjoyable, "My Ancestor's Blood", "Descendants, Defiance, Domination " and "Neito Pohjolan" are part of the Heathen Throne Part III at some point really exciting as their previous episodes in "From Afar", the limited edition digibook comes with four bonus tracks "Rawhide" a western song written by Ned Washington and composed by Dimitri Tiomkin in 1958 "Warmetal" it is a Barathrum cover, "Candour and Lies" the English version of "Neito Pohjolan" sung by Markus and the last track titled "Bonus Song" it is a fun song even if not intended to be a normal song, is good enough so; just sing along with Ensiferum

Old fans tend to harshly criticize the direction taken by Ensiferum, but I could bet that if Ensiferum have remained true to what the old fans call their original sound, right now they would be harshly criticizing the monotony and lack of direction "One Man Army" is a solid album, a production maybe slightly clean but with good compositions, this album could be defined as a mixture of elements found in the two previous albums "From Afar" and "Unsung Heroes" definitely a genuine piece worthy to appear in the top ten within the genre. 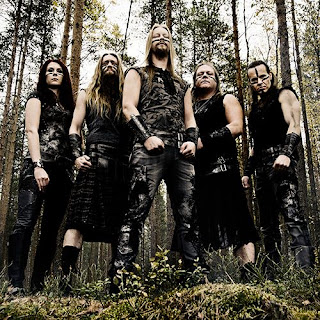