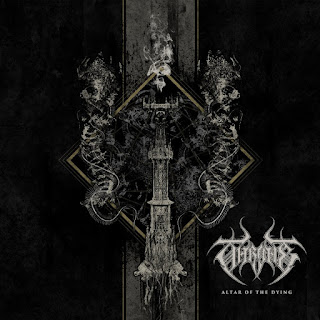 A vertiginous offensive against you.

From Jackson, Michigan rises Throne, a band with a powerful Blackened Death metal. This quartet is made up of former members of the band Winterus, the band was established in 2015 by vocalist and guitarist Nathan Barnes and drummer Kollin Perpignani, supported by bass guitarist Leslie Drake and guitarist Joe Kesselring, with this line-up Throne starts working on the material for their first release.

"Altar of the Dying" is the title of Throne's first recording which contains seven tracks in digital EP format, it was recorded produced, mixed, and engineered at Bricktop Studios by Andy Nelson, the album artwork cover was designed by Brian Shehan (Wolvhammer).


It starts with an "Intro" which I don't understand quite a lot, it seems to me more like a truncated track that finishes as soon as it gets more interesting, after such an abrupt ending, it comes "Heresy of the Highest Order" it launches a vertiginous offensive against you, loaded with powerful guitar riffs, "Not of Shadow nor Fog" doesn't decrease the intensity displayed at all, they are really convinced at what they do and that means destroying you, outstanding are the jazzy bass lines almost at the end of the track, which is then followed by the self-album title song "Altar of the Dying" where everything here sounds perfect, ceaseless drums reflect the skills and forcefulness to enthrall you, while the vocals are flagrant against the blindful lambs, "Covenant of Darkness" sounds provoking and irreverent, "Where Angel Cower in Fear" and last track "Plague Upon the Unholy" both are relentless, cohesive and malicious, however it just leaves you unsatisfied.

What prevents this record to succeed at all within me are few things, at the beginning we have an intro that sounds more like an unfinished song, then they manage to pick up what they probably envisioned for this recording brutal... fast... but short tracks! Just averaging three minutes and thirty seconds per track, which reflects somewhat the lack of creativity or commitment and I'm not just running my mouth, if you take "Not Shadow nor Fog" the longest track, you can appreciate the capacity and potential they have to deliver something more unforgettable and distinctive, the production is clean and compact, allowing you to appreciate the instruments and that's worthy to mention; So, Throne definitely have potential to grow up and develop into a great band, I will keep my hopes high enough for their next record. 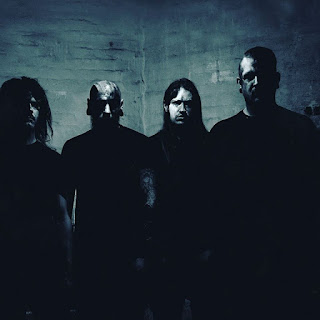