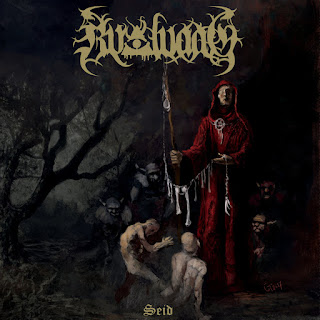 Exuberant on details, impregnated of evil and unexpected variety.

Kvalvaag was formed during 2012 by Kvalvaag himself, since the beginning he took care basically of everything (guitars, bass, keyboard and vocals) while he brought on board drummer Ishtar better known for his participation in bands like (Dødsfall, and Sorrowful) to mention a couple, the band made their debut by mid of 2014 releasing "Noema", it sounds very influenced by the early sound of Emperor, which make them gain positive reviews around the globe, two years later in 2016 they released their subsequent album entitled "Malum" with Carl Telal (Astaroth, Sarpedon) behind the drums.

What characterizes this band is its well-defined sound from its first recording "Noema", even though "Malum" is more energetic and blazing and what we can expect from their third recording "Seid" is no less than what they have already set; So! let's get digging in their newest album "Seid".


"Mare" opens with an intro seeking the boundaries with a pompous mysticism, the track is filled with such immeasurable rage and gives you the path to the following track "Nattegrøde" which translate as "Night Soil" it sounds so exuberant that it will drag you to a non-return point, "Volvesang om undergang" is marked with a dark atmosphere infused by the guitar work to the purest old school Black metal with keyboards that are impregnated of evil, this a very diverse track as far as composition at some point you can feel a folkish passage, that blend rapidly with the Black metal riff that dominates the entire track, next is "Bergtatt" a symphonic belligerent anthem fast-paced and incisive, blasting drumming as Dimmu Borgir at their best moment, the subsequent theme is "Vinterriket", a cover song from Gehenna which was included in their full length debut album in 1995 entitled "Seen Through the Veils of Darkness (The Second Spell)" a killer track, but the execution is far beyond any expectation, next is "Seid", it might be the weakest track for some, but they manage to deliver some droning with chants adding even more an unexpected variety, the last track is "I dyrets tegn" which means "In the Sign of the Beast" is fast-paced and for some reason reminds me a lot of Rotting Christ with their latest album "Rituals" this is a sweeping song from beginning to end, incorporating elements to enrich and make a bolder sound.

In conclusion, this is a very good album, here you will not get bored thanks to the diversity and dynamics that makes "Seid", with ambitious arrangements to make it grandiose and why not? it could be an icon for the Black Metal releases from 2018; So... do not hesitate to listen them, it's a well worth it to spend forty minutes of your life listening to this album and trust me, you will get back for another dose of greatness. 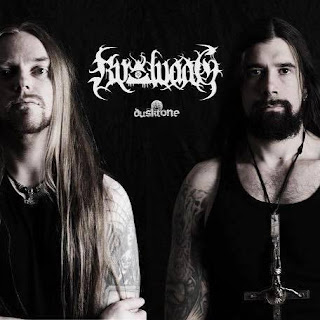