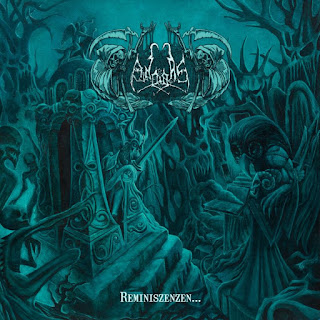 Mysticism and creativity as one


Andras released their seventh full length few weeks ago entitled "Reminiszenzen" containing thirteen tracks and lasting about one hour and seven minutes which is quite a lot to listen, the largest within their discography so far, it seems that Nightsky guitarist and the main composer has been pretty active as far as songwriting refers during the last seven years, Andras has opted to remain faithful to their own style making few incursions, adding more atmospheric sections resulting interesting.

Also we have to mention that Andras' line-up has been refreshed, Nightsky remains on guitar duties, Black Abyss has taken over bass, while Ghwerig takes care of the keyboard and last but not least Khenaz contributes with the vocals.


"Reminiszenzen" from beginning to end has plagued with a solid pagan black metal with an emphasis on ethereal melodies, with a powerful and harsh vocals to lead your soul to hell, the album opens with "Im Schatten der Flammen" which means "In the Shadow of the Flames" translated from German, the track is powerful and engage you right away with a brutality offered but softened with the right kind of melodies to linger for a while with yourself, "Black Rain" is very epic, the way they managed to shift back and forth the pace with complex structures that sound straightforward while the vocals delves into a nineties style screeching with backing vocals included into melodic sections, this album is full of good tracks "Phantasma" and "Zenit" this one appeals to be more oriented to the black metal sound, the works behind the keyboards is amazing and there are more songs to highlight as, "Altar der Finsternis" doesn't stop the torrent of heavy riffs that are overwhelming, or the track "Blessed in Sin" very alike Quorthon's style, creator of Bathory and forerunner of the same style Pagan metal, "Fergunna" comes with a ceremonial emphasis on the choirs, with a semi-slow rhythm that projects the double bass drum parts impeccably, let's jump to the last track "Das Portal (Outro)" which does exactly what an outro does, with a smooth ending begins with some piano notes which fade away, to give space to a heartbreaking and devastating guitar riff, nothing new but effective for such magnum opus.

To finish, I can say Andras has become such of an underground cult act of today with a clear idea of what it means to be a Pagan Black metal band and how to transfer the mysticism and creativity as one piece, the downside on this album is the length, it takes you sixty-seven minutes to listen and appreciate what they have done, but to put it simply, it doesn't work for me listen for so long to a single band; So there you have it, "Reminiszenzen" is an album that can't be ignored. 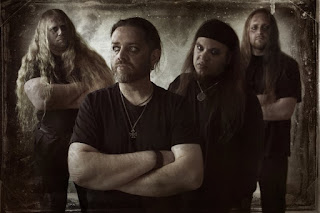