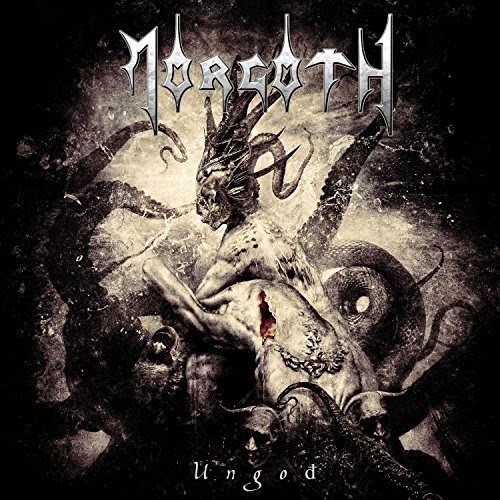 
Emerging from the past!!!

Almost nineteen years have passed since the last time that Morgoth launched their last full-length studio recording "Feel Sorry for the Fanatic" in 1996, this is an album that I consider today an interesting sound but which at the time made me question it, however the title of the album was too explicit as to find answers, but time passes and the album eventually caught me until finally I recognized that it was interesting and it expanded my knowledge.

Morgoth coment: “We started with the songwriting in January 2013 and finished the recording process by the end of December 2014. It was an awesome experience to go through the sometimes very complex and challenging process of writing and recording an album again.”
“Our goal was to present some real Morgoth-style death metal, which closes the gap between Cursed and Odium. We hope that we have achieved this goal and our supporters and friends will like the final outcome.”


I think that definitely Morgoth has fulfilled their purpose, appealing to the old school death metal taking the sound of yesteryear heavily influenced by Death in their albums "Leprosy" and "Spiritual Healing" and are revealed in this new recording, exposing many similarities to bands like Obituary, Grave, Asphyx, and Pestilence, it is obvious that Morgoth are not reinventing the wheel and criticizing them for the lack of originality is unfair to this recording with a solid sound, Morgoth knows what are its own qualities and plays them to show something exciting to keep you engaged more often than other bands but the album lacks in terms of spontaneity.

As I mentioned before this is an album that has the sound of early Death, using lines of mid-pace tremolos, infectious grooves, and the occasional melodic passage, some slow riff also are part of the variety in this album "House of Blood" opener track contains palm muted riff well executed, "Voice of Slumber" is rhythmic and harmonic guitars and bass is heard in the background, "Snakestate" with a rhythm more slow but a dark harmony, "Black Enemy" with catchy riff, a tune deep bass, "Ungod" track instrumental that reaches a little bit more than six-minute length with progressive chords, "God is Evil" mixed riff with a heavy breakdown, "The Dark Sleep" is the second track instrumental in this album begins with a thunder storm environment while appealing a doomy riff and drums setting the pace for headbanging, "Die as Deceiver" and "Battalions of Strangers" this last one with a section more rhythmic and melodic, these two tracks are the bonus included in the Limited edition digipak, however the focal point of this album is the absence of their original vocalist with his vocal assault that was Marc Grewe trademark and Morgoth was recognized by this, their new vocalist Karsten Jäger (Disbelief) really does a good job on this album the only low point is the lack of screams, undoubtedly there are tracks where Karsten pushes his voice, but the screams are not as long as we would like to hear them.

I conclude that Morgoth has produced an album packed with catchy riff one after another, with a solid sound, but lack of originality and spontaneity with a new vocalist that has talent without a doubt but unfortunately reaches only to be a good album for a band that has decided to emerge from the past. 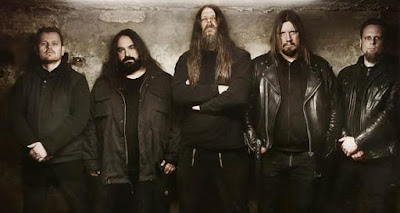