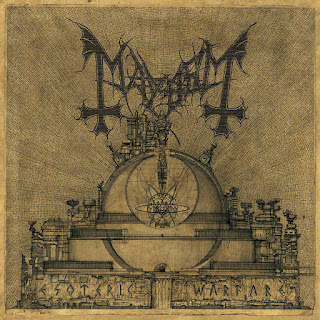 If I am not wrong, everybody was expecting the newest release by the true Mayhem, for a good reason, or to criticize or might be a little skepticism, but after seven years away from the recording studios Mayhem returned with a solid album, the fifth in their discography and titled "Esoteric Warfare" which include ten tracks of black metal forged in the depths between the flames and the laments of the mortal souls.

Many will try to compare "Esoteric Warfare" to their magnum opus "De Mysteriis Dom Sathanas" released 20 years ago which was filled of a bitter raw and rabid Black metal, but the time has passed and despite Mayhem, retains its virtues and preserves its roots, their new album deals with more progressive and experimental elements, which makes it more interesting, but I can say it continues somehow in the vein of "Ordo Ad Chao" at least in my opinion and talking about it still igniting some discussions among their fans.


Certainly this is the first album that doesn't features Blasphemer however he was brightly covered by Teloch with a technical style, very refined and became highly skillful at songwriting, without discrediting all the previous recordings, as I said before there is no point of comparison because Mayhem’s sound have been evolving from one album to another. So; "Esoteric Warfare" emerges and unleashes the chaos it carries with itself, the first track "Watchers" starts with a subtle guitar work by Teloch and from afar the double bass drums by Hellhammer takes over, Necrobutcher brings the low bass tunes behind the guitars wall and Attila add his necrotic vocals into an eerie ambiance, "Psywar" structured with heavy and fast riff displays the full intensity and brutality they are capable to do, "Trinity" is apocalyptic, fast and furious with ambiances really well blended gives a proportion as you were about to step in the hell, "Milab" slows down the intensity but it feels dense almost like your soul diving in the underworld, the dissonant guitars prevails along the song and Attila shoot out the most varied vocals in the album from guttural growls up to hellish shrieking, "Corpse Care" utterly hopelessness with its funeral pace and the spoken lyrics more proper of an epilogue, "Posthuman" is the longest track in the whole album and that allow them to expand and create the most experimental track, Hellhammer delivers a more diverse drum pattern, the guitar riff sounds more atmospheric, Attila in his role as front-man does not disappoint and made this track, something more memorable, the last track "Aion Suntelia" is carved with the same dynamics as the previous, but the guitar riff sound more vile and refined than ever.

For your likes or dislikes "Esoteric Warfare" is an excellent album distilled with the purest Black metal feeling, reloaded of progression, aggressivity and intelligence, because I have not mentioned before but lyrically this album is complex, smart and sensitive, completely out of the conventional parameters of Black metal. So; mixed all these elements, listen without any prejudice and it’s most likely you will enjoy them. 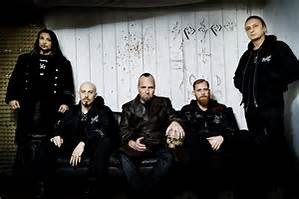