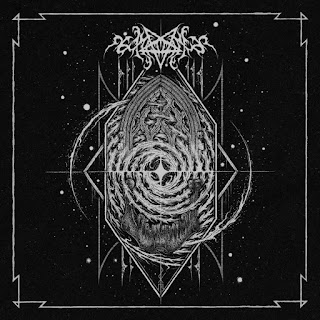 Exterminas are relatively a new Black metal band from Treviso, Veneto in Italy, they were formed around 2009 and began as a four members band, Skoll in bass, Raven behind drums, Moloch in guitars and Februus in vocals, their first recording is the EP titled "Abaddon" which came out by the end of 2010 including five tracks. two years later during autumn 2012 they released their album debut titled "Seventh Demonical Hierarchy" as a limited edition for Metallic Media with ten new tracks, gaining the attention of some specialized underground sites, by that time Eskathon was invited to joining the band to support the guitar work.

Exterminas shows their quality at songwriting delivering a solid piece of black metal album, with sharp riff, infectious grooves and brutal growls, you might expect another band treading the already saturated roads, emulating the first wave of black metal, but undoubtedly you will take a wrong guess with the Italians of Exterminas, their sound is particularly remarkable by the Hellenic influence, speaking more clear, their sound is more suitable to the early Rotting Christ.

"Dichotomy" is their second effort with eight tracks forged in hell, somehow they manage to release the beast inside of them "God's Hammer" opens aggressively with fast riff and overwhelming growling vocals as the track passes they infringe some vicious riff and the intensity from the beginning slows down just enough to add a darker ambience, "Unleashing the Cruelty" its dizzying, structured with a Blackened Death metal riff, "Collapse into Time" is more varied in pace and melody, offering more versatility to the band, "Swallowing the Gravity" and "Upheaval Seems Anathema" both falls into a generic Black Death metal sound something that put them in safe ground, "Wandering from the Death's Shore" is the most perfect embodiment of the Doom Death metal sound, heavy riff and hellish vocals the balance in this track is superb, "In Apotheosis of Pandemonium" goes directly pummeling the listener with inherent hatred, the last track in the album is "The Dawn of Deceit" denotes the quality of songwriting I’ve been trying to describe, slow, dense, ruthless and belligerent, the end is awesome a really short guitar solo that lingers in your mind achieving its purpose.

Certainly no one can question the quality that Exterminas offers in their second album "Dichotomy" this time for Satanath Records, of course it has some flaws here and there but nothing to degrade their effort, it’s a strong record to put them up firmly in the worldwide scene as a respectable act and will be worth to follow them very close. 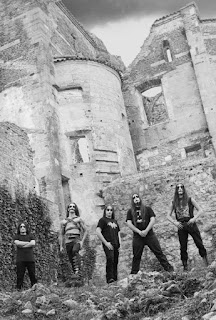 1. God's Hammer
2. Unleashing the Cruelty
3. Collapse into Time
4. Swallowing the Gravity
5. Upheaval Seems Anathema
6. Wandering from the Death's Shore
7. In Apotheosis of Pandemonium
8. The Dawn of Deceit